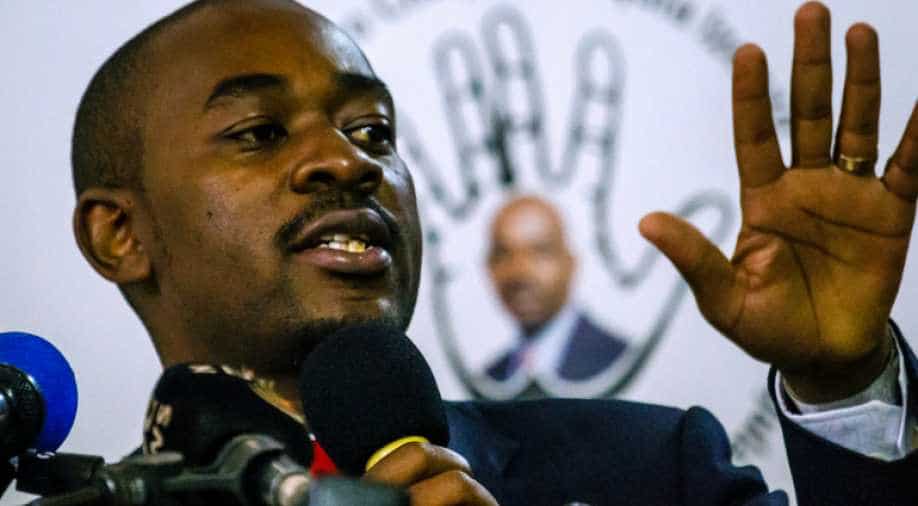 "The number of deaths, and it is really regrettable and unfortunate, has risen to six as three of the victims succumbed to injuries while seeking medical attention," police spokeswoman Charity Charamba told a press conference.

The commission said it would start announcing the results of the presidential election -- Zimbabwe's first since the army ousted Robert Mugabe last November to end four decades of authoritarian rule - from 10 pm local time (2000 GMT).

In his first public appearance since the vote on Monday Chamisa, leader of the opposition party Movement for Democratic Change (MDC), urged his supporters to be calm and await “massive celebrations” for his victory.

Chamisa said he could not give any figures because he would be breaking the law.

The vote on Monday was meant to turn the page on years of brutal repression but anger flared over alleged vote-rigging, prompting troops to use live rounds on protestors. The government accused the Movement for Democratic Change (MDC) of inciting the unrest and vowed to enforce a security clampdown.

At least three persons were killed in Zimbabwe's capital Harare on Wednesday as soldiers and police clashed with opposition supporters. In the address, Mnangagwa blamed the leadership of MDC for the deaths and injuries and called on the party to "remove its violent protesters from the streets".

Meanwhile, both leading contestants in Zimbabwe's disputed presidential election signaled they had won on Thursday as a nervous nation awaited the official results three days after voting.

International observers urged the electoral commission to release the tally as soon as possible to avoid further violence after three people were killed on Wednesday in clashes between security forces and opposition supporters.

But Mnangagwa's ruling ZANU-PF suggested the win would be his.

"We as a party we are obviously very pleased that the results announced by ZEC so far show that we achieved two-thirds majority from the parliamentary election," ZANU-PF's legal secretary is Paul Mangwana told reporters.

"We expect that these results will become a reflection of what we are expecting in the presidential elections."