Women Entrepreneurship Day: What can women do?? 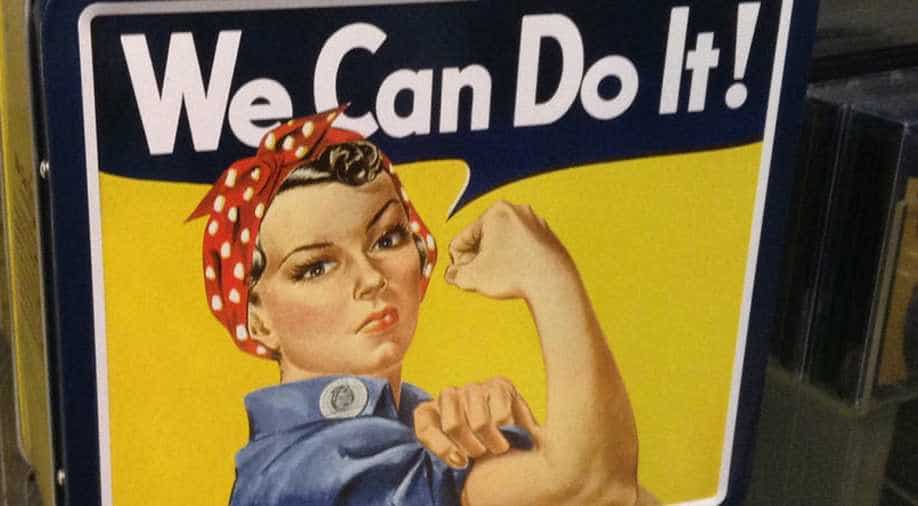 Women are breaking gender stereotypes, forging ahead fearlessly, walking shoulder to shoulder with men Photograph:( Others )

Until about a few decades ago, the answer to this question would have been very limited. The answer, not dependent on the capabilities of women itself, but the opportunities provided to them, or the lack thereof.

Gender inequality is an issue we have been trying to fight for a long long time now. Women, no matter how talented or hardworking or intelligent, could somehow never match up to men. We were never considered to be good leaders because we are said to be “too emotional”.

Even today, our society, no matter how modern, is very patriarchal. But at the same time, women across the world have proved themselves in all spheres of life and have crushed all the preconceived notions and biases against them.

Women these days are breaking gender stereotypes, forging ahead fearlessly, walking shoulder to shoulder with men.

Let’s take a look at some inspirational women entrepreneurs who show us there's nothing women can’t do.

No, she’s not the famous “chai walla” from Pakistan the internet was raving about until a few weeks ago. She’s a 26-year-old Indian-Australian lawyer who recently won the title of ‘Businesswoman of the Year’ by the Indian-Australian Business and Community Awards (IABCA).

She started her business two years ago when she realised there were hardly any good tea places in Australia.

“In the Indian culture people come together through tea. Whether it’s a happy occasion or a difficult moment, tea is all pervasive. I tried, but couldn’t find many good tea places in Australia,” she reportedly told SBS, a national public television network in Australia.

Virdi’s online tea store, Chai Walli, sells a variety of tea and related products such as candles, pots, kettles, strainers, and even chocolates made of tea.

Her source of inspiration is her grandfather, who is an Ayurvedic doctor.

“My grandfather is an Ayurvedic doctor and he used to make this Ayurvedic tea at his medical dispensary. He taught me the art of Ayurvedic tea."

Apart from being the famous “Chai Walli”, she is also a community and business leader.

Roy is the force behind “ForShe”, the first women taxi service in Asia. She was awarded the ‘Women Transforming India Award’ in 2016 by NITI Aayog.

She launched ForShe in 2007 in India’s Mumbai with just three cabs.

“Our aim was to empower women to become commercial drivers but also to empower them with a skill,” she tells YourStory.com.

Roy says she was always very passionate about driving and started as soon as she turned 18. She participated in several car rallies when she was in college.

“Car rallies were extremely uncommon those days. These were all navigational rallies and women hardly ever participated,” she says.

Over a period of nine years, more than 1,000 girls have been trained across Mumbai and Delhi through the various ventures Roy has started or been a part of.

She is the founder and CEO of Atulyakala, a lifestyle brand and a design house run by deaf artists. The online store sells various products, including bags, art pieces, mugs, etc designed by deaf artists.

Last year, Nagpal made it to BBC’s 100 inspirational women alongside Asha Bhosle and Sania Mirza at the age of 25.

When asked about her inspiration to start the platform she told The Times Of India, “My two older siblings are hearing impaired so I grew up in an environment where I had to use sign language, and by the age of 16 I had started working as a sign language interpreter with National Association of the Deaf.”

The enterprise has also been conducting events about inclusion and spreading awareness about sign language in India.