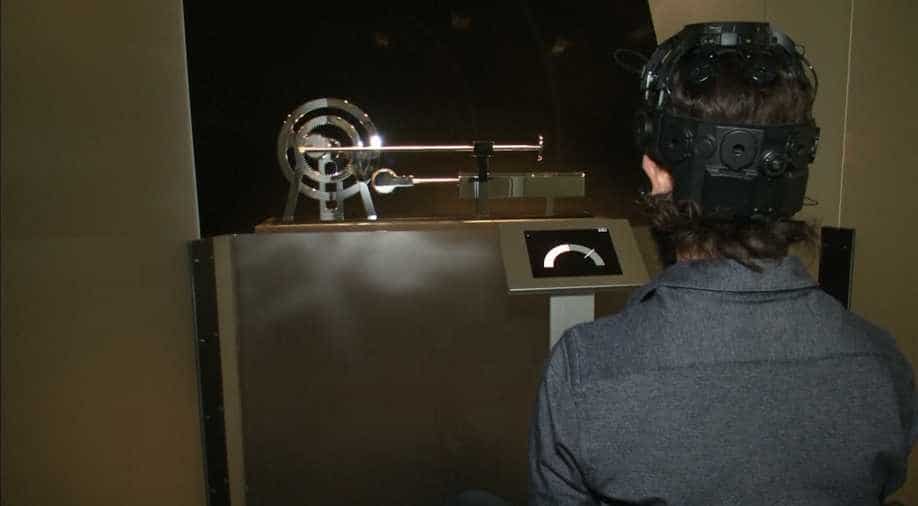 A unique citizen science project in which volunteers will be trained to move a piece of steel machinery using the power of their mind begins on October 27.

Volunteers activate four machines based on slider cranks, standard mechanisms of the Industrial Revolution, by directly connecting brain activity to their mechanical movements.

Co-founder Michael Mitchell told Reuters: "At the Mental Work factory the public can come and we equip them with an EEG helmet that reads the electrical activity in their brain. These helmets are dry, so don't need gel for conductivity and they're also wireless so users can walk through the mental factory and engage the machines activating them with only their mental activity."

Ricardo Chavarriaga, from EPFL's Centre of Neuroprosthetics, said: "It's based on brain-machine interfaces, which are signals decoding the activity we have in our brains to identify certain mental tasks, and then based on mathematical models we infer what the user's intentions and convey that information to a machine."

Once the machine has learned how to evaluate an individual user's brainwaves, typically after volunteers have been asked to imagine opening or closing their hands, the machine is ready to use.

The project is a convergence of science, art, and design, but the scientists behind it say it has serious potential application.

"It could be used in the building of assistive and rehabilitation devices for people with cognitive or motor disabilities," said Chavarriaga. "By their being able to communicate directly through brain activity we can open a new way of interaction."

"We think that we're on the cusp of a cognitive revolution where our brains are intimately connected to our physical world around us," said Mitchell. "This might not happen next year or in five years but with the development of these brain-machine interfaces, we think that we are at the beginning of a moment in time where man is going to become the centre of all this technology. His brain activity is going to interact with the physical world around him in ways that we can hardly imagine today."

The project will begin in the Mental Work 'thought factory' at the EPFL ArtLab before being transferred to the U.S. next year, first to the Swissnex global innovative community hub in San Francisco before moving to Boston.

All data from the seven-month experiment, collected anonymously, will be given to the brain-machine interface community to improve future BMIs.

Alongside Mitchell, the other two Mental Work co-founders are artist Jonathon Keats and and EPFL Associate Professor José Millán of Geneva-based Campus Biotech.

Workers can register to take part via the website mentalwork.net