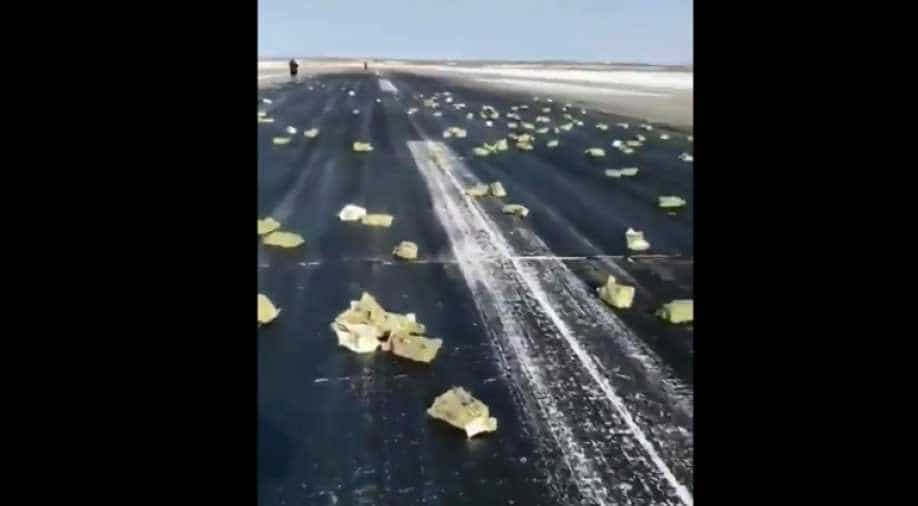 A screen grab of gold bars on the Yakutsk Airport’s runway. Photograph:( Twitter )

It rained gold at east Russia's Yakutsk Airport runway on Thursday after a plane's loading hatch broke off during take-off.

Images on social media show the gold bars scattered on the ground while men in luminous jackets stand guard over them.

Police launched an investigation into the accident after 200 gold bars, each weighing about 20kg (44 pounds), were reportedly spread across the runway.

The total cargo was reportedly worth a whopping US$380 million.

All the gold bars were retrieved.

The plane, meanwhile, made a successful landing at the nearby Magan Airport after leaving its cargo on the runway, media reports said.