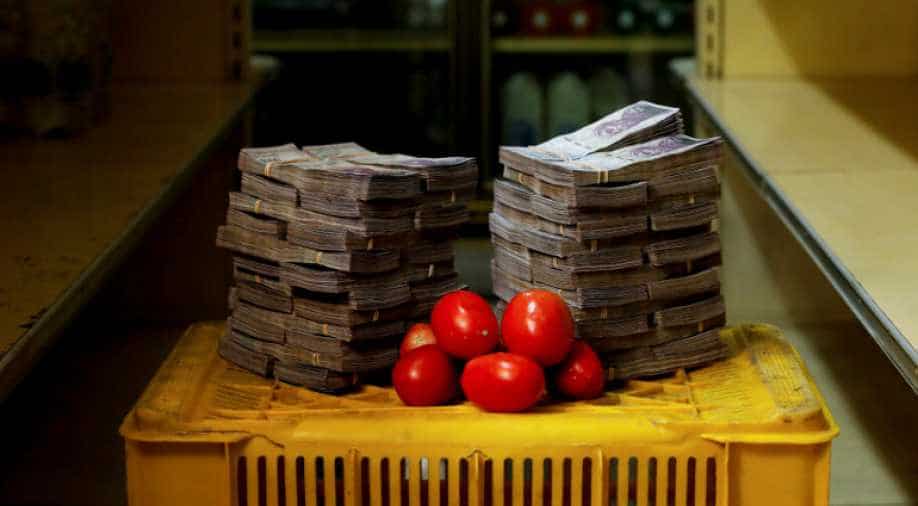 Venezuela issued a new currency on Monday in an attempt to strengthen its crumbling economy.

The move came after thousands of Venezuelans continue to flee across the border into neighbouring countries amid the shortage of basic necessities.

The country also witnessed a political turmoil and soaring crime rates in the recent past.

President Nicolas Maduro posted a tweet on Monday after unravelling the new currency.

His tweet read, "We found the revolutionary formula that puts work in the center of the general re-adjustment of society, based on the production of goods and the value of salary. With that, we're gonna put to rest forever the perverse model that dollarized the prices in the country".

"I call on the people to defend -- conscientiously -- the adjustment of the prices on street.

The International Monetary Fund (IMF) warned that inflation could hit one million per cent this year.

&nbspWhile President Nicolas Maduro says the move will tame hyperinflation but critics call another raft of failed socialist policies that will push the chaotic country deeper into crisis.

A historic economic change has begun! We have welcomed the Sovereign Bolivar with the successful adaptation of the entire national banking platform. We will achieve stability with economic and macroeconomic balances for the good of all Venezuelans. pic.twitter.com/1dKgagAjj7

Streets were quiet and shops were closed due to a national holiday that Maduro decreed for the first day of the new pricing plan for the stricken economy.

The price change comes with a 3,000 per cent minimum wage hike, tax increases meant to shore up state coffers and a plan to peg salaries, prices and the country's exchange rate to the petro, an elusive state-backed cryptocurrency.