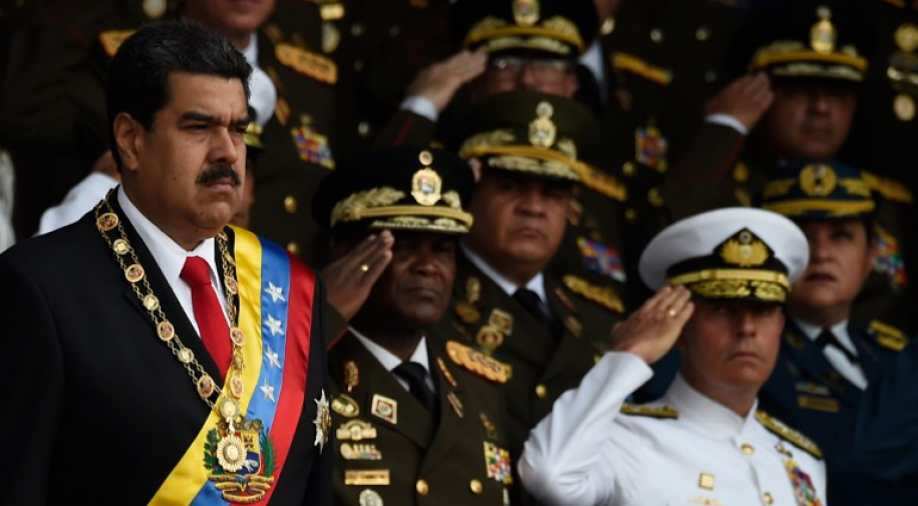 Venezuelan President Nicolas Maduro (L) attends a ceremony to celebrate the 81st anniversary of the National Guard in Caracas on August 4, 2018. Photograph:( AFP )

A television broadcast by Venezuelan President Nicolas Maduro was cut short during an outdoor speech at a military event after an explosion, the media reported.

He said Maduro was safe and unharmed but seven people were injured.

Firefighters near the scene disputed the government's version of events.

Maduro was giving a speech yesterday in the capital of Caracas during a celebration of the National Guard's 81st anniversary. He was wearing the presidential banner. 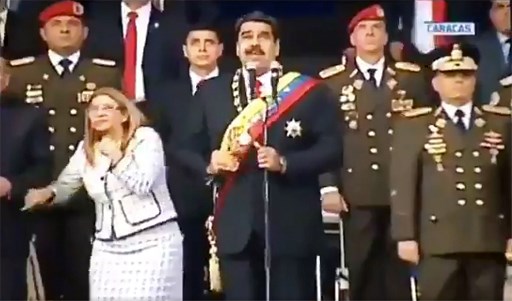 "To conscious Venezuela, we are going to bet for the good of our country, the hour of the economic recovery has come and we need...," Maduro was saying before the cameras quickly moved away from him. Security forces check a nearby building after an explosion was heard while Venezuelan President Nicolas Maduro was attending a ceremony. (AFP Photo)

Maduro was standing next to his wife Cilia Flores and several high-ranking military officials for the event.

A video shows Flores wince, and both she and Maduro look up after an unidentified sound. The soldiers lined up in ranks then began running. The transmission was cut without explanation.

Officials have not commented.