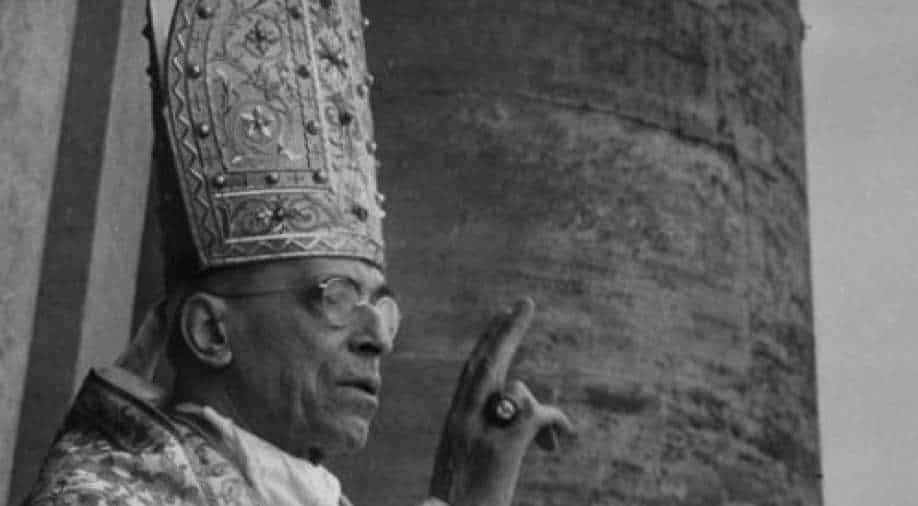 The documents include all kinds of requests made by Jews across Europe including seeking visas and asylum, information about family members who were deported by the Nazis

The Vatican said it will release thousands of letters addressed to Pope Pius XII by the Jewish people in Europe during World War-II seeking help and requesting information to find family members held in Nazi concentration camps.

The Vatican said Pope Francis had requested they be accessible to everyone. It consists of a total of 170 volumes or nearly 40,000 files, the Vatican informed with 70 per cent of the total material to initially available.

It "gathers the requests for help sent to Pope Pius XII by Jewish people after the beginning of Nazi and fascist persecution," the Vatican said in a statement.

It has been open for scholars since 2020 as the Vatican said it would "allow the descendants of those who asked for help to find traces of their loved ones from any part of the world".

Pope Francis who became pontiff in 2013 has been pushing for more transparency in historical dealings of the Church as he allowed the controversial World War-II era to open for public discussion. Pope Pius XII has been accussed by critics of not doing enough as Hitler's Germany began systematically killing Jews during the Holocaust.

The documents include all kinds of requests made by Jews across Europe including seeking visas and asylum, information about family members who were deported by the Nazis, reunifying families, obtaining liberation from detention and transfers from one concentration camp to another.

The letter sent to Pope Pius XII by Jewish people includes both the baptized and the non-baptized after the beginning of Nazi and fascist persecution. The Vatican said the fate of many asking for help is unknown.

"Each of these requests constituted a case which, once processed, was destined for storage in a documentary series entitled “Ebrei”  (Jews)," the Vatican said in a statement.

The requests would arrive at the Secretariat of State, where diplomatic channels would try to provide all the help possible, taking into account the complexity of the political situation in the global context, the Vatican informed.