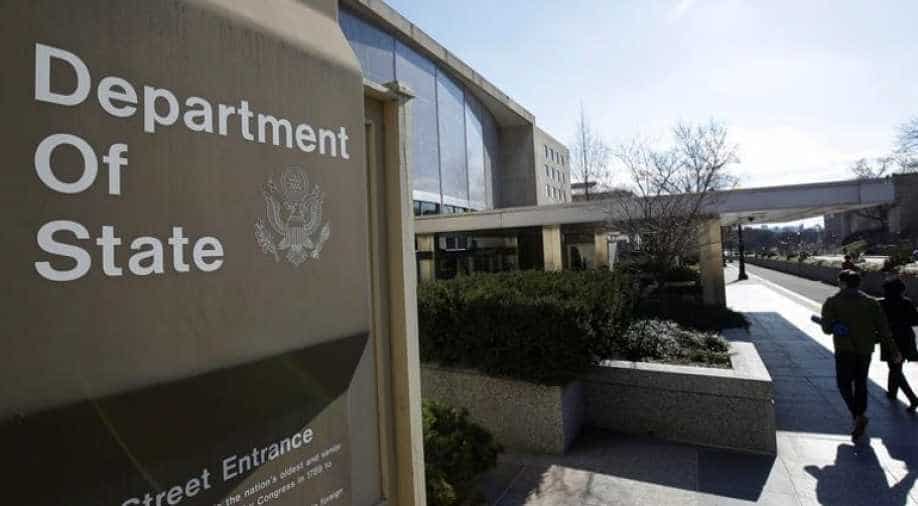 The US Department of State has proposed tougher questioning of visa applicants believed to warrant extra scrutiny, according to a document published Thursday, in a push toward the "extreme vetting" that President Donald Trump has said is necessary to prevent terrorist attacks.

Questions about social media accounts would be part of the stepped-up criteria, which would apply to 65,000 people per year, or about 0.5 per cent of US visa applicants worldwide, the State Department estimated. It did not target nationals of any particular countries.

A set of new questions would apply to visa applicants "who have been determined to warrant additional scrutiny in connection with terrorism or other national security-related visa ineligibilities," the State Department said in a notice to the Federal Register.

Those applicants would be required to provide all prior passport numbers, five years' worth of social media handles, email addresses and phone numbers, as well as 15 years of biographical information, when applying for a US visa. Consular officers would not request user passwords for social media accounts, the document said.

If granted, the new criteria would mark the first concrete step toward more stringent vetting that Trump asked federal agencies to apply toward travellers from countries he deemed a threat to the United States in an executive order issued in January and revised in March.

While parts of the travel order, including a temporary ban on the entry of nationals from several majority-Muslim countries, were halted by federal courts, the review of vetting procedures detailed in an accompanying memorandum remains in place.

"Collecting additional information from visa applicants whose circumstances suggest a need for further scrutiny will strengthen our process for vetting these applicants and confirming their identity," a State Department official said.

The State Department's proposal also says that applicants may be asked to provide additional travel dates if a consular officer determines they have been in an area which was "under the operational control of a terrorist organization."

The proposed changes must undergo a public comment period before being approved or denied by the Office of Management and Budget (OMB) by May 18. OMB did not respond to a request for comment.

The Department of Homeland Security, which was also tasked with reviewing vetting procedures for visa applicants, said the State Department request does not preclude DHS from identifying new "ways to protect the American people."

"Some improvement will be classified, others will be public, but the Department has only just begun ways to enhance the security of our immigration system," DHS spokesman David Lapan said.

Immigration lawyers and advocates say the request for 15 years of detailed biographical information, as well as the expectation that applicants remember all their social media handles, is likely to catch applicants who make innocent mistakes or do not remember all the information requested.

They also question whether the time-consuming screening can achieve its intended goal of identifying potential terrorists.

"The more effective tactics are the methods that we currently use to monitor terrorist organizations, not just stumbling into the terrorist who is dumb enough to post on his Facebook page 'I am going to blow up something in the United States,'" said John Sandweg, a former senior official at DHS who is now with the firm Frontier Solutions, which provides investigatory, crisis management and other services.

Applicants may not necessarily be denied a visa if they fail to provide all the information if it is determined they can provide a "credible explanation," the notice said.

But Tillerson had to withdraw that guidance just days later because the OMB had not approved those specific questions.

The State Department estimated that the additional screening measures would take approximately an hour per applicant, meaning an additional 65,000 additional hours of work per year.

Tillerson's cables anticipated delays as a result of the rules implementation.

"Somebody's got to do the work," said Greg Siskind, an immigration attorney in Memphis. "It's going to cause operations at a lot of consulates slow to a crawl."