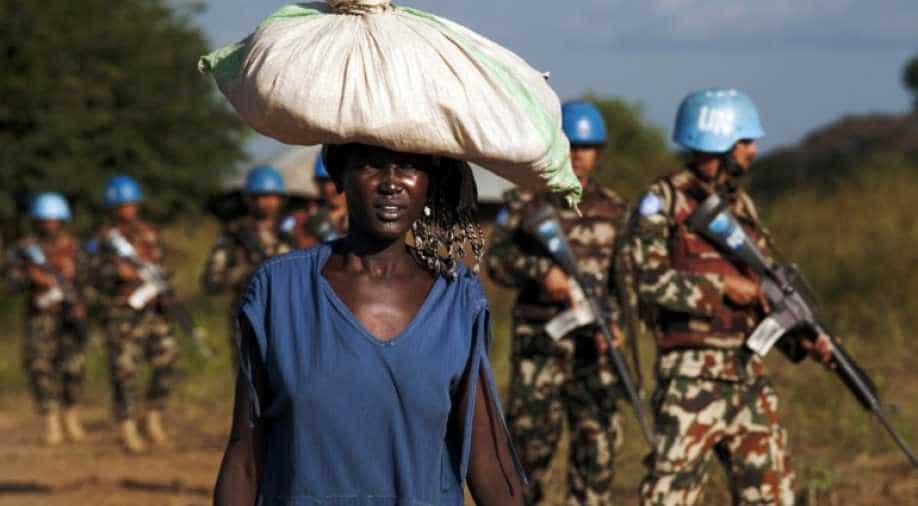 The ineffective response was 'due to an overall lack of leadership, preparedness, and integration among the various components of the mission,' said UN spokesman Stephane Dujarric. Photograph:(AFP)
Follow Us

UN Secretary-General Ban Ki-moon sacked the commander of the peacekeeping force in South Sudan after a report showed it failed to protect civilians in Juba earlier this year.

A special UN investigation report found that peacekeepers abandoned their posts during heavy fighting in the capital from July 8 to 11.

The troops failed to respond to calls for help from aid workers under attack in a nearby hotel compound, according to a summary of the report, news agency AFP reported.

The ineffective response was "due to an overall lack of leadership, preparedness, and integration among the various components of the mission," said UN spokesman Stephane Dujarric.

The investigation found that Chinese troops had left their positions and Nepalese peacekeepers failed to stop looting inside the UN compound.

Ban asked for an immediate replacement of the force commander, Dujarric said. He was "alarmed by the serious shortcomings" of the UN mission.

Lieutenant General Johnson Mogoa Kimani Ondieki of Kenya had been the force commander since May.

Peacekeepers had failed to come to the aid of a dozen workers and UN staff housed at a compound just 1.2 kilometres away from them.

Dutch general Patrick Cammaert was unable to verify allegations during the investigation that troops did not help women who were during the fighting.

Another incident reported that a woman was assaulted near the entrance of the UN compound in sight of the troops, the document said, AFP reported. "Despite the woman's screams, they did not react" and other UN staff intervened, it added.

The UN mission has 16,000 troops deployed in South Sudan, which has been at war since December 2013.

The UN Security Council will discuss the crisis at hand on November 17.