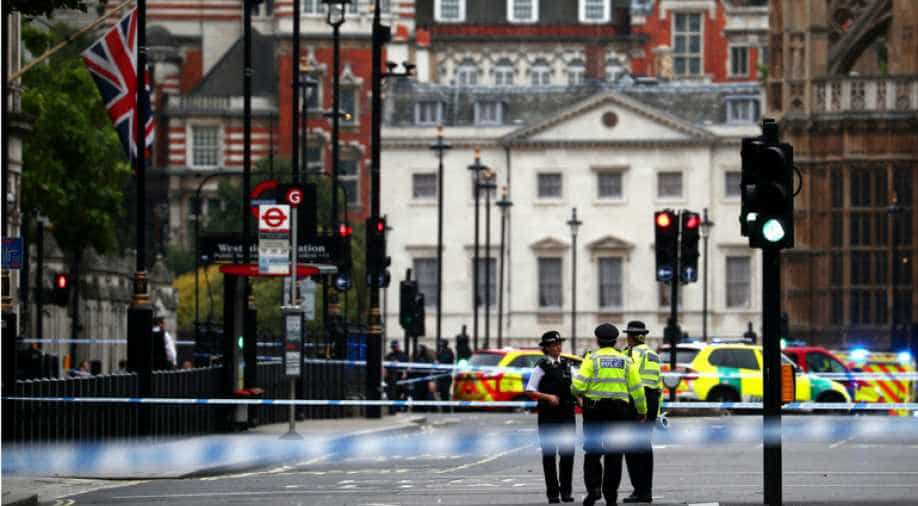 Policewomen stand in the street after the incident. Photograph:( Reuters )

A man accused of crashing his car into the security barriers surrounding Britain's Houses of Parliament was charged with attempted murder, police said.

"The charges follow an incident in which Khater drove his car into a stationary group of members of the public then at police officers, before crashing into the barriers outside the Houses of Parliament," London's Metropolitan Police said in a statement.

"Due to the methodology, iconic location and the alleged targeting of civilians and police officers, the CPS are treating this case as terrorism."

Khater is being charged under the Criminal Attempts Act 1981.