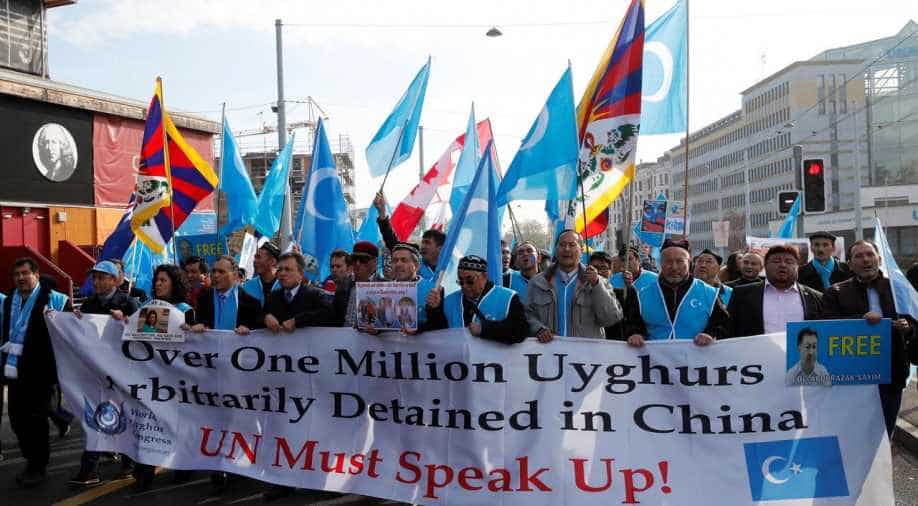 An overseas-based Uighur group urged the IOC on Thursday (Jul 30) to reconsider holding the 2022 Winter Olympics in Beijing because of what it says is China's "genocide" of the Uighur population.

More than one million ethnic Uighurs and other minorities, mostly Muslim Turkic peoples, have been herded into internment camps where they undergo political indoctrination, according to rights groups and experts.

In an open letter to International Olympic Committee president Thomas Bach, the Munich-based World Uyghur Congress (WUC) accused China of "committing genocide, crimes against humanity and torture against the Uighur and other Turkic peoples" in Xinjiang.

"We have so far been greatly disappointed that the International Olympic Committee has not addressed the human rights situation in China since awarding Beijing the right to host the 2022 Winter Olympics," the letter, signed by WUC president Dolkun Isa, said.

"It is deeply concerning that the IOC, as an international body with strong ethical rules, has failed to acknowledge China's human rights record, given the international crimes being committed in the Uighur region at the moment, as well as in China in general," it added.

The WUC also said that it "has still received no official reply or information" from the Court of Arbitration for Sport (CAS) after appealing to the Swiss-based tribunal in February for a ruling on China's hosting of the Games.

"For the Olympic Winter Games Beijing 2022, the IOC Evaluation Commission considered the views of independent NGOs with respect to a number of issues including human rights," the spokesperson said.

"We will continue to discuss Games-related issues, when necessary, with the organisers as part of the Games preparation process."

Beijing, which hosted the 2008 Olympics, is set to be the first city to stage a summer and Winter Olympics.