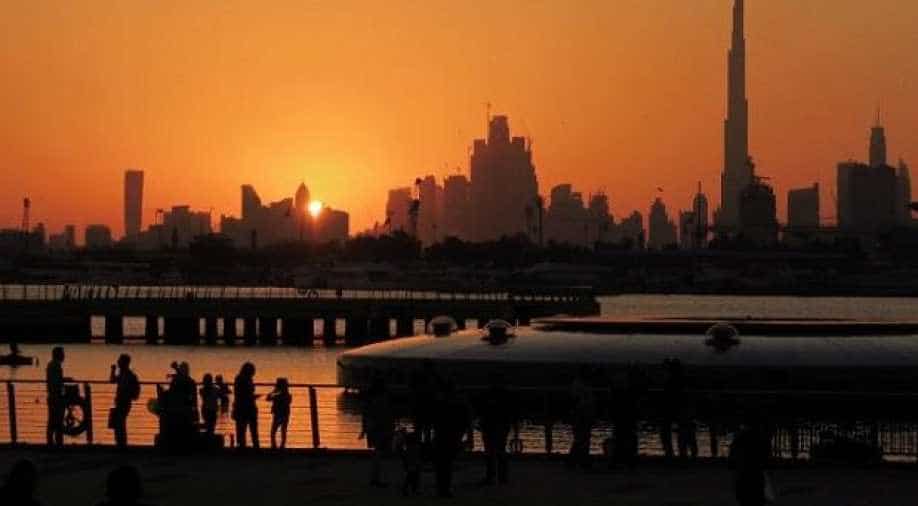 The UAE on Wednesday launched a landmark three-month visa amnesty programme which will benefit hundreds of illegal foreign workers, including Indians, overstaying their permits by allowing them to leave the country without penalties and giving them six months to find a job.

The UAE is home to 2.8 million Indian expatriates, the largest expatriate community in the country. Professionally qualified personnel constitute about 15 to 20 per cent of the community, followed by 20 per cent white-collar non-professionals (clerical staff, shop assistants, sales men, accountants, etc) and the remainder 65 per cent comprises blue-collar workers.

The government did not release specific numbers, but says thousands of people, primarily labourers from countries like India, Bangladesh, Sri Lanka, Pakistan, Nepal and the Philippines, will benefit from the amnesty scheme which will facilitate their smooth return to their home countries.

As per Federal Authority for Identity and Citizenship (ICA), the entity responsible for entry and residence of foreigners in the UAE, visa violators before August 1, 2018 will be able to rectify their status legally during the amnesty period, which will end on October 31.

Blacklisted and those who have legal cases against them are not eligible for amnesty. This is the third such amnesty announced by the UAE government in just over a decade, media reports said.

Overstaying residents have the option to exit the country without paying fines or facing jail or getting banned or they can rectify their status by getting a new-sponsored valid visa.

As the amnesty period started, tens of thousands of expatriates gathered outside their respective visa outsourcing agencies in different parts of the country.

Only one Indian amnesty seeker turned up at the BLS&nbspInternational&nbspCentre in Abu Dhabi, the Indian Embassy's outsourced agency for consular services, Gulf News reported.

"Only one person applied for emergency certificate as of 10.45am," the newspaper quoted a senior Indian Embassy official as saying.

He said it may not be an indicator of the number of Indian residency law violators.

"It is just the first day. It is too early to talk about the trend," he said.

Indian workers and housemaids who had previously taken outpasses from their consulate were the first to arrive at the main BLS Centre in Al Khaleej Centre in Dubai.

The workers, mainly from the states of Andhra Pradesh and Telangana, said they could not fly home with the outpasses as they had to pay fines for visa violations, the paper said.

"Then we heard about the amnesty and decided to wait till today. But when we went to Al Aweer amnesty centre in the morning we were told to renew the outpass as it is valid only till tomorrow," said Swami S, who came along with three of his former co-workers.

Lakshmi Devi Reddy, a housemaid who ran away from her employer two years ago allegedly because she was not allowed to talk to her family more than once a month, said the outpass she had got earlier expired in June.

"I got it extended for one more month. I had also paid all the fines. But I couldn't go as I didn't get police clearance. I think my sponsor has filed a case against me. I need to apply again and get the case cleared if it is there. I really hope that I can go home without any more fines.