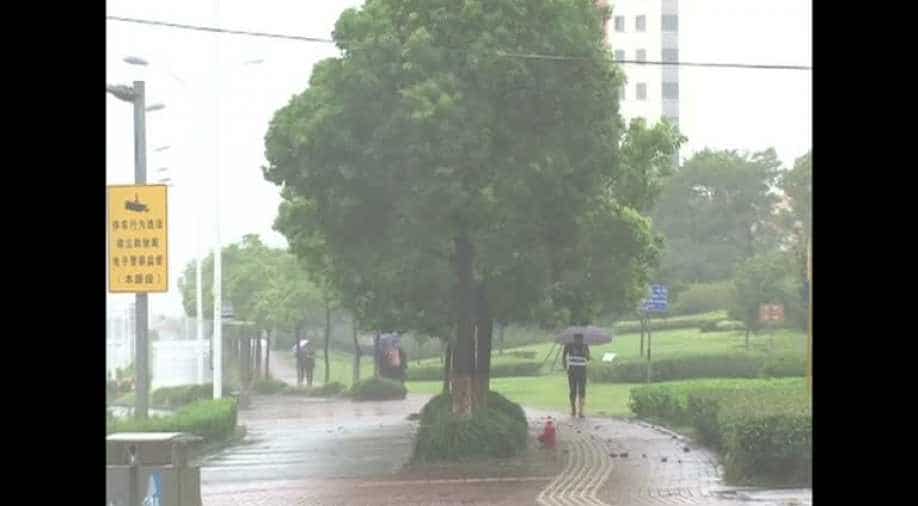 Shanghai weather observatory on Friday morning issued a yellow alert for typhoon Rumbia, and upgraded it to orange as heavy downpour continues. China has a four-tier, color-coded weather warning system, with red representing the most severe, followed by orange, yellow, and blue.

By Friday morning, altogether 149 flights at Pudong and Hongqiao airports and over 111 trains to China's southern coastal areas have been canceled.

Typhoon Rumbia is the third that had made landfall in Shanghai this month, which is forecast to affect Shanghai till Saturday.