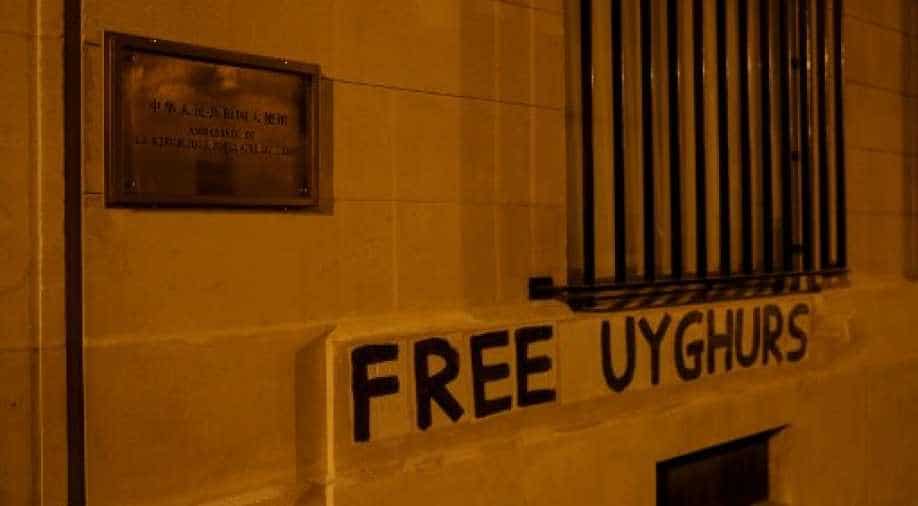 A picture taken on July 30, 2020 shows a banner pasted by members of a collective against violence towards women in support of the Uighur population on a wall of China's Embassy in Paris. Photograph:( AFP )

China's US embassy recently tweeted an article claiming that Uighur women are no longer "baby-making machines". However, the post has now been removed by the social media giant.

Also read| Ugyhur activist's sister sentenced to 20 years of jail in China, US calls for her release

Later, the same article was reposted with a different caption. "Study shows the population change in northwest China's Xinjiang Uygur Autonomous Region involves the overall improvement in population quality. An increasing number of youths chose to spend more time and energy on personal development," the post by the Chinese embassy in the US reads.

The story in question has been originally published by the Chinese mouthpiece Xinhua and claims to have taken material from a study titled 'An Analysis Report on Population Change in Xinjiang' by Li Xiaoxia, a researcher for the Xinjiang Development Research Center.

It denies allegations made by Adrian Zenz who had reportedly claimed the massive change in the population of northwest China's Xinjiang Uygur Autonomous Region is due to forced sterilisation. The study, however, claims the change is due to improvement in the population control and is a voluntary action by the locals, rather than a forced measure the Chinese government.

This study has come at a time when the Asian country has been severe facing allegations against the inhumane treatment towards the Uygur population — including forced labour, suppression of religious activity, human and digital surveillance, and forced sterilisation to control the population of the area. Following various allegations and studies, many companies have cut ties with the industries producing in the region and several international organisations and governments have also spoken out and have offered support to the locals of the region. 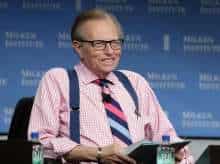 Iran's Zarif open to oil, Gulf security contacts with US, not on Israel

Navalny's wife among 1,090 people detained in Russia at rallies