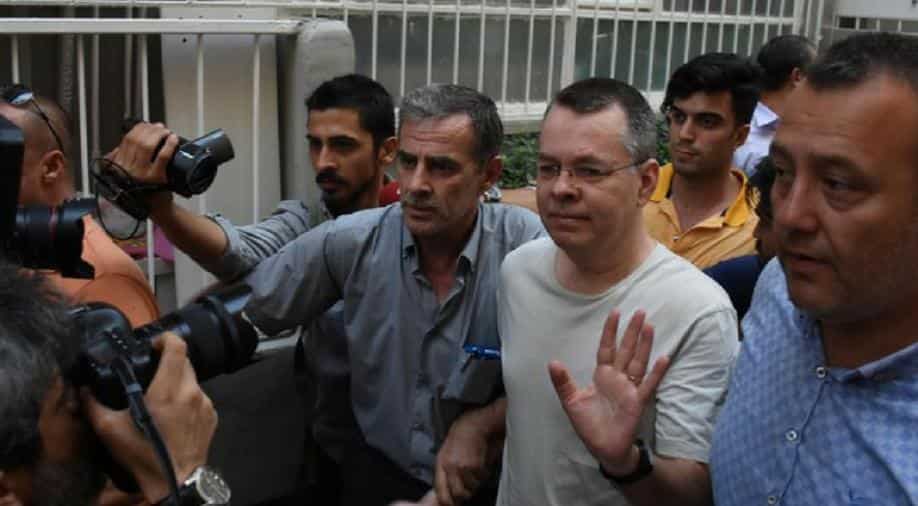 A Turkish court rejected an appeal on Tuesday for an American pastor to be released from house arrest during his trial on terrorism charges, his lawyer said, in a case that has raised the threat of US&nbspsanctions against Ankara.

Relations between the two NATO allies have spiralled into a full-blown crisis over the trial of Christian pastor Andrew Brunson, who was held for 21 months in a Turkish prison until his transfer to house arrest last week - a move Washington dismissed as insufficient.

US&nbspPresident Donald Trump threatened on Thursday to impose "large sanctions" on Turkey unless it frees the pastor, who is accused of helping the group Ankara says was behind a failed military coup in 2016.

Brunson, who has lived in Turkey for more than two decades, faces up to 35 years in jail if found guilty of the charges, which he denies.

The next hearing in his trial is not scheduled until Oct. 12, but his lawyer Ismail Cem Halavurt said he would keep pressing for Brunson's release. "We are going to request his house arrest be lifted every month," he told Reuters.

The White House has not specified what sanctions might be imposed on Turkey.

“We won’t comment on potential sanctions targets or processes. In the meanwhile, diplomacy will continue," said

He said Secretary of State Mike Pompeo had been in touch with his Turkish counterparts "and will continue to press for Pastor Brunson’s immediate return home.”

In two pieces of legislation pending approval, members of the US&nbspCongress have condemned the detention of Brunson and other Americans.

One proposed bill would restrict loans from international financial institutions to Turkey until Ankara stops the "arbitrary arrest and detention" of US&nbspcitizens and consular staff.

Language that calls for the release of Brunson and others has also been included in a defence authorization bill.

President Tayyip Erdogan's spokesman said on Tuesday that Turkey would not "bow down to any threats", and would retaliate against any US&nbspsanctions.

"It is unacceptable for the US&nbspto use a threatening language against Turkey, using an ongoing court case as a pretext," spokesman Ibrahim Kalin said.

Ankara had the right to seek arbitration if Washington blocks delivery of F-35 jets to Turkey, Kalin said. He added that Turkey expected the issue to be resolved through diplomacy and that foreign ministers of the two countries would meet this week.

A State Department official was unable to confirm any planned meeting between Pompeo and Turkish Foreign Minister Mevlut Cavusoglu.

Jay Sekulow, chief counsel of the American Center for Law and Justice, which represents Brunson's family, said the ACLJ was not surprised that the appeal was denied.

Brunson was accused of helping supporters of Fethullah Gulen, the US-based cleric who Turkish authorities say masterminded the 2016 coup attempt against Erdogan in which 250 people were killed.

He was also charged with supporting outlawed PKK Kurdish militants and espionage.

Brunson's detention has deepened a rift between Washington and Ankara, which are also at odds over the Syrian war, Turkey's plan to buy a missile defence system from Russia, and planned US&nbspsanctions on Iran - which supplies fuel to Turkey.