Turkey calls for a new chapter in relations with Greece 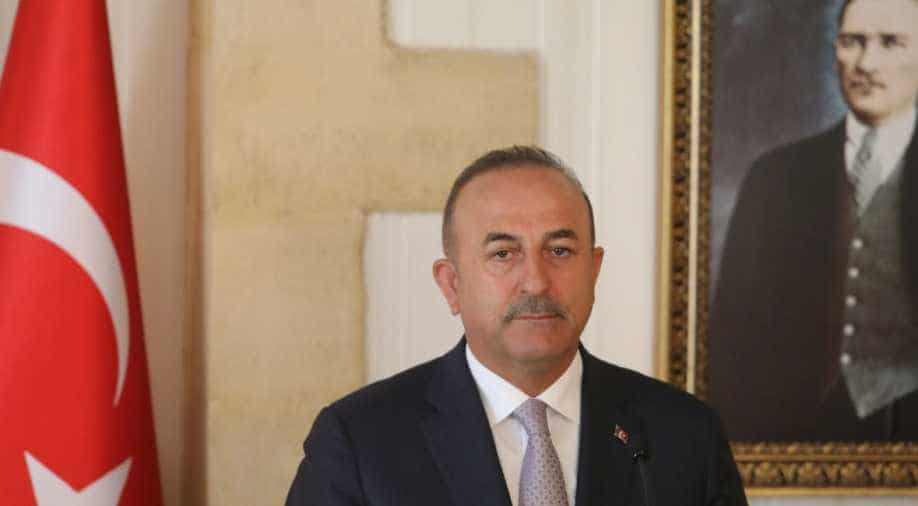 Turkey's foreign minister called for a new chapter in testy diplomatic ties with Greece on Saturday, even as he berated the neighbouring country for providing a safe haven for Turkish "criminals."

Eight Turkish commandos are seeking asylum in Greece after commandeering a helicopter to flee Turkey following a failed coup attempt against President Tayyip Erdogan in July 2016.

Turkey describes the fugitives as criminals involved in the coup plot, and has demanded that Greece hand them back. Greek courts have so far rejected Ankara's requests.

"The situation in our relations today is not to the benefit of our countries. Building trust is important. We should open a new chapter in our relations," Mevlut Cavusoglu told Ta Nea newspaper in an interview released on Saturday.

"We should continue the process of bilateral talks without any conditions. This is the way to solve our problems."

He repeated demands, however, for the eight commandos to be sent to Turkey to face trial.

"The Greek justice system, contrary to the rules and the principles of the international law, is letting the culprits go unpunished and is violating the victims' rights," Cavusoglu was quoted as saying.

"We remain determined in our effort to make sure that the fugitive coup perpetrators will be extradited and stand trial in Turkey," he added.

Long-time regional rivals, the two neighbours have been at odds over a host of issues from ethnically divided Cyprus to rights in the Aegean Sea.

Rhetoric on both sides in recent months has taken a marked turn for the worse, particularly after the collapse of peace talks in Cyprus in July 2017.

The European Union depends on Turkey to keep a tight lid on immigration from the Middle East, where the war in Syria has killed hundreds of thousands and pushed millions from homes.

Under a 2016 deal, Ankara has to take back all migrants and refugees, including Syrians, who cross to Greece illegally across the sea. In return, the EU has to take in thousands of Syrian refugees directly from Turkey and reward it with more money, early visa-free travel and faster progress in EU membership talks.

Cavusoglu said Turkey respected the deal and that the EU should now keep its promises, including granting the visa-free travel, extending a second three billion-euro tranche for the Syrian refugees and making progress on EU accession talks.