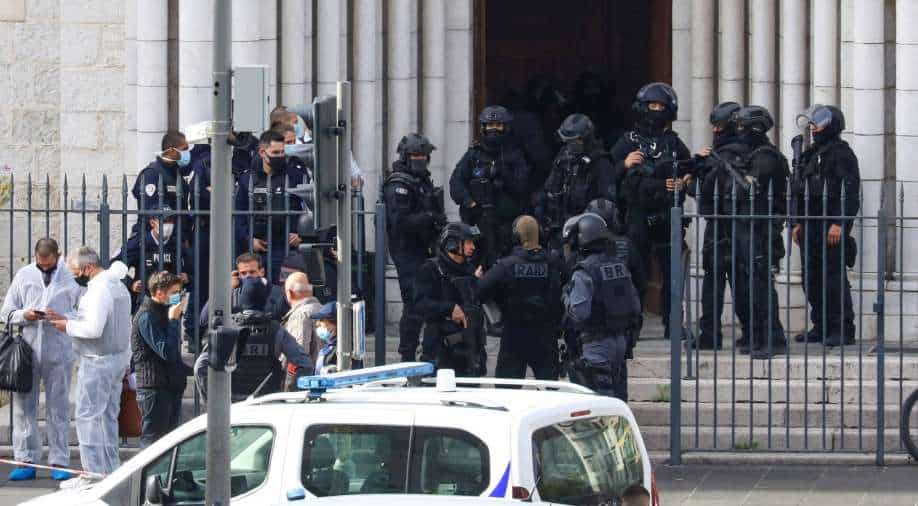 Tunisia has opened an investigation after reports that the suspect in the Nice attack is its national, the spokesman for a specialised counter-militancy court said on Thursday.

"The public prosecutor of the anti-terrorism court has opened a forensic investigation into the suspicion that a Tunisian committed a terrorist operation abroad," Mohsen Dali said.

Chief anti-terrorist prosecutor Jean-Francois Ricard said the suspect in Thursday's attack was a Tunisian man born in 1999 who had arrived in Europe on September 20 in Lampedusa, the Italian island off Tunisia that is the main landing point for migrants from Africa.

A Tunisian security source and a French police source named the suspect as Brahim Aouissaoui.

Ricard told a news conference in Nice that the man had entered the city by train early on Thursday morning and made his way to the church, where he stabbed and killed the 55-year-old sexton and beheaded a 60-year-old woman.

He also stabbed a 44-year-old woman who fled to a nearby cafe where she raised the alarm before dying, Ricard said. Police then arrived and confronted the attacker, still shouting "Allahu Akbar", and shot and wounded him.

The suspect is in hospital in critical condition.

Tunisia's specialised counter-militancy court spokesman Mohsen Dali told Reuters that Aouissaoui was not listed by police there as a suspected militant.

Thursday's attack, on the birthday of the Prophet Mohammad, came at a time of growing Muslim anger at France's defence of the right to publish the cartoons, and protesters have denounced France in street rallies in several Muslim-majority countries.

US President Donald Trump voiced sympathy for the people of France after the attack. "America stands with our oldest Ally in this fight. These Radical Islamic terrorist attacks must stop immediately. No country, France or otherwise can long put up with it!" Trump said in a Twitter post.

Condemnations of the attack also came from Britain, the Netherlands, Italy, Spain, Saudi Arabia and Turkey, whose President Tayyip Erdogan earlier this week slammed Macron and France over displays of the Prophet Mohammad.