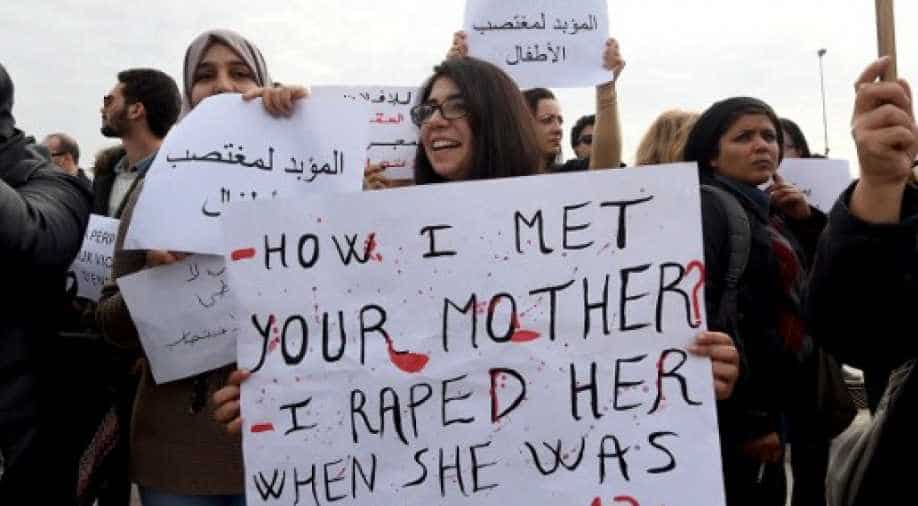 A woman holds a placard in protest of the Tunisian court's verdict. Photograph:( AFP )

A Tunisian court allowed a pregnant 13-year-old girl to marry her 20-year-old brother-in-law, who has been accused of raping her, causing a massive backlash in the African nation.

According to Tunisia's Article 227, if a man has raped a girl under the age of 15, he faces six years'of punishment but can get away with it if he agrees to marry her.

Several protesters camped outside the court to protest the decision and held aloft placards, one of which read: "How I met your mother. I raped her when she was 13."

"The judge was simply abiding the law, which is definitely an antiquated law," a fellow court judge, who did not want to be named because they are not authorized to speak with media, told CNN.

The ministry of Women's Affairs, Family and Children in Tunisia said it was deeply concerned and urged the parliament to amend the law that allows alleged rapists to go scot-free.

A bill to counter violence against of women was tabled in 2014 but things have moved slowly since then.