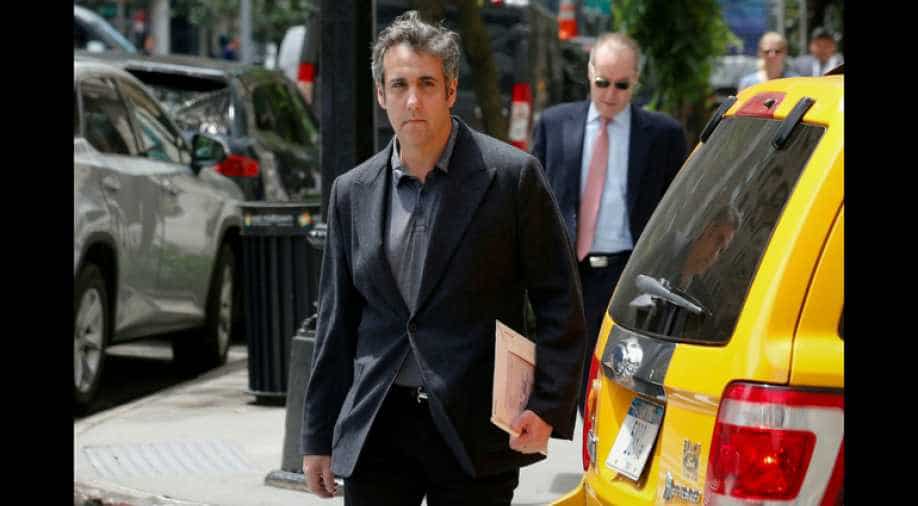 US&nbspPresident Donald Trump's longtime personal lawyer Michael Cohen, in a television interview aired on Monday, declared his loyalty to his family and the United States and said he would fight back if the president or his legal team tried to discredit him.

Cohen's comments to ABC News signalled that he may abandon Trump and cooperate with prosecutors investigating his business dealings.

"I will not be a punching bag as part of anyone’s defence strategy," Cohen said in the interview, which was taped during the weekend. "I am not a villain of this story and I will not allow others to try to depict me that way."

The comments to ABC were Cohen's his first significant remarks to a major media outlet since federal prosecutors in New York raided his home, office and hotel room in April. Cohen and his lawyer, Guy Petrillo, did not immediately respond to Reuters' request for comment.

Documents and files were seized from Cohen as part of an investigation stemming in part from a referral by the US&nbspspecial counsel office probing possible collusion between Russia and Trump's 2016 presidential campaign.

Cohen has not been charged but made clear his allegiances in the interview.

"My wife, my daughter and my son have my first loyalty and always will," he said. "I put family and country first."

Prosecutors are investigating Cohen for possible bank and tax fraud, possible campaign law violations linked to a $130,000 payment to adult film actress Stormy Daniels, and other matters related to Trump's campaign, a person familiar with the investigation has told Reuters.

Trump has alternately defended Cohen, expressed outrage over the raid and distanced himself from the man who has described himself as a "fixer" for Trump long before he became president.

In April Trump blamed news outlets for trying to destroy his relationship with Cohen, tweeting that he did not think he would "flip" allegiances. Trump later told reporters Cohen did a small fraction of his overall legal work.

Trump has denied collusion with Russia, calling the investigation a witch hunt, while Moscow has denied election meddling.

Cohen, in the interview, dismissed Trump's characterization of the investigation and said it was "unsustainable" to accept Russian President Vladimir Putin's denial of interference.

He also told ABC he would fully cooperate with U.S. Special Counsel Robert Mueller and that he had provided documents but not yet been interviewed by Mueller's team.

In the separate federal case in New York, Trump and Cohen have sought to block thousands of files, citing attorney-client privilege. A court-appointed special master is reviewing their claims.