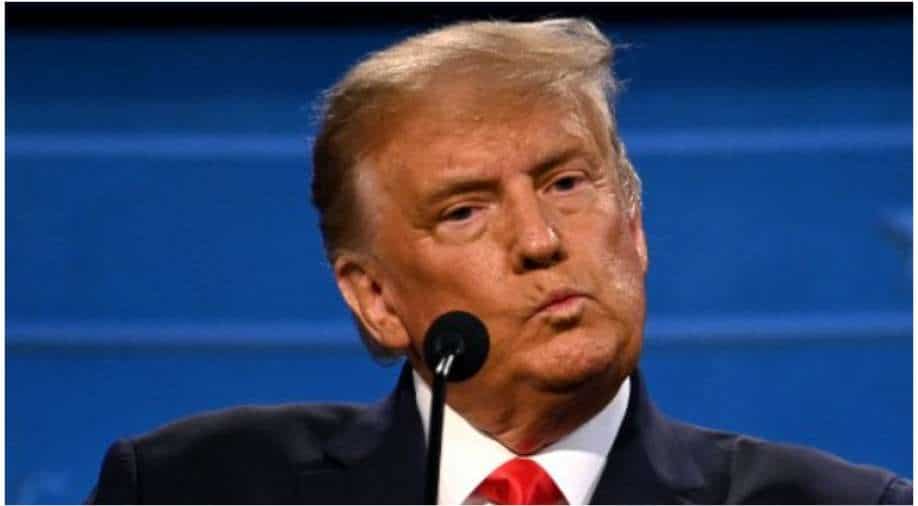 United States President Donald Trump has falsely accused doctors of profitting from COVID-19 cases, saying doctors are somehow incentivised to drive up the death count -- even as cases, hospitalisations and deaths surge across the country.

"Our doctors get more money if someone dies from Covid. You know that, right? I mean our doctors are very smart people. So what they do is they say 'I'm sorry but everybody dies of Covid,' " Trump said at a rally in Waterford Township, Michigan.

The US recorded over 94,000 coronavirus cases on Friday, taking its Covid tally to more than 9 million.

In fact, according to a new research published this month, there were 20 per cent more deaths from March 1 through August 1 than normally would be expected.

At the rally, Trump claimed that other countries attribute deaths among coronavirus patients with underlying conditions to other factors, but in the United States, doctors choose Covid-19 because they get additional funds.

"In Germany and other places, if you have a heart attack, or if you have cancer, you're terminally ill, you catch Covid, they say you die of cancer, you died of heart attack. With us, when in doubt choose Covid. It's true, no, it's true. Now they'll say 'oh that's terrible what he said,' but that's true. It's like $2,000 more so you get more money," Trump said.

There is no evidence to this statement either.

It's, however, not the first time that Trump has made such a stunning remark on the coronavirus situation in the US.

"This country and their reporting systems are really not doing it right."

At the rally, Trump also criticised Democratic governors who have imposed restrictions that aim to slow the virus's spread.

"You've got to open up your state and you've got to do it fast!" Trump said at a rally in Green Bay, Wisconsin, with just four days to go before the election.

At a later event in Rochester, Minnesota, he greeted hundreds of supporters who were locked out of a rally that was limited to 250 participants by state authorities.

Trump, who recovered from COVID-19 weeks ago, has played down the health crisis for months, telling supporters in recent weeks that the country is "turning the corner" even as cases surge.

Democratic challenger Joe Biden leads Trump 52% to 42% in Reuters/IPSOS national opinion polling, partly because of widespread disapproval of his handling of the pandemic. Opinion polls show a closer contest in the most competitive states that will decide the election.

Biden leads Trump by 9 percentage points in Michigan and Wisconsin and 5 points in Pennsylvania, according to Reuters/IPSOS polling.

Meanwhile, the pandemic and an extraordinary level of enthusiasm have prompted Americans to vote early in unprecedented numbers.

More than 86 million votes have been cast either by mail or in person, roughly 63% of the total number of votes in the entire 2016 election, according to the US Elections Project at the University of Florida.

Trump has repeatedly claimed without evidence that mail-in ballots are susceptible to fraud, and has more recently argued that only the results available on election night should count.

Early voting data show that far more Democrats have voted by mail, while Republicans are expected to turn out in greater numbers on Tuesday.

Switzerland: Despite getting both vaccine shots, over 130 people contract COVID-19