Trump could pick new FBI director by 'next week' 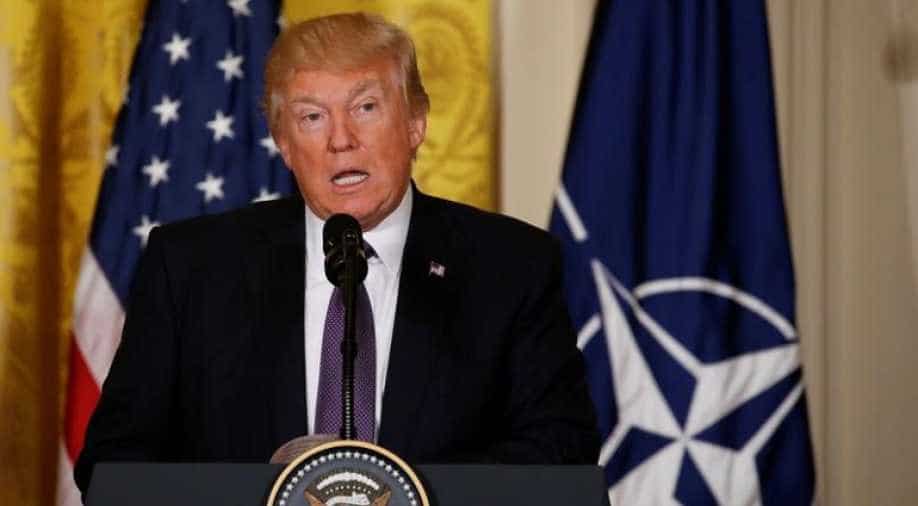 Democrats cast the decision to fire Comey as an effort to obstruct the FBI's probe, a charge the White House has denied. Photograph:( Reuters )

President Donald Trump said on Saturday he will move quickly to nominate a new FBI director, after he sparked a political firestorm by firing the man investigating possible collusion between Russia and the Trump presidential campaign.

Trump told reporters he might even be able to make his decision on who should succeed James Comey to lead the Federal Bureau of Investigation before he departs on his first foreign trip late next week.

"Even that is possible," Trump said, speaking on Air Force One before departing for Lynchburg, Virginia, where he delivered a commencement address.

"I think the process is going to go quickly," he said, adding that the candidates under consideration were mostly well known. "They've been vetted over their lifetime essentially. But very well known, highly respected, really talented people. And that's what we want for the FBI."

Critics have assailed Trump for abruptly dismissing Comey, who was leading the agency's investigation into alleged Russian meddling in the 2016 U.S. election, and possible ties between Moscow and the Trump presidential campaign.. Russia denies the claims and the White House says there was no collusion.

Democrats cast the decision to fire Comey as an effort to obstruct the FBI's probe, a charge the White House has denied.

While Democrats have called for an independent special counsel to investigate the Russia matter, most Republicans have said that is not necessary given the FBI probe and investigations in both the House and Senate.

White House officials initially said Trump acted on a Justice Department recommendation, but the president later said he would have fired Comey anyway, calling the former FBI chief a "showboat."

On Friday, Trump waded back into the FBI controversy, warning Comey against talking to the media and suggesting on Twitter there may be recordings of conversations between them.

Speaking on Saturday to about 50,000 people at Liberty University in Lynchburg, the nation's largest Christian college, Trump made no mention of Comey or the controversy his dismissal on Tuesday caused. It was Trump's first public event outside the White House since Comey's ouster.

The decision is subject to confirmation by the U.S. Senate, where Republicans have a majority.

At Liberty, Trump peppered his remarks with the kind of anti-establishment rhetoric that fueled his maverick presidential campaign, telling graduates to challenge "entrenched interests." He thanked the crowd for their support and repeatedly invoked his own unlikely election victory.

"Relish the opportunity to be an outsider," Trump said. "The more that a broken system tells you that you're wrong, the more certain you should be that you must keep pushing ahead."

He also had strong words that seemed aimed at critics of his administration.

"No one has ever achieved anything significant without a chorus of critics standing on the sidelines explaining why it can't be done," Trump said. "Nothing is easier or more pathetic than being a critic, because they're people that can't get the job done."

Liberty's president, Jerry Falwell, Jr., was a key early supporter of Trump during his campaign and helped rally support among religious conservatives.