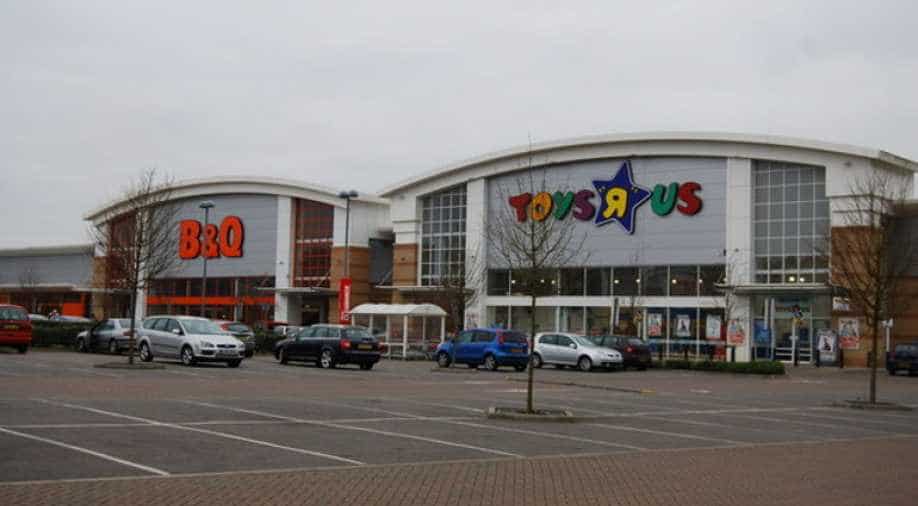 The filing is among the largest ever by a specialty retailer and casts doubt over the future of the company's nearly 1,600 stores and 64,000 employees. (Image Source: Geograph) Photograph:( Others )

Toys 'R' Us Inc, the largest US toy store chain, filed for bankruptcy protection on Monday, the latest sign of turmoil in the retail industry caught in a viselike grip of online shopping and discount chains.

Toys 'R' Us said it received a commitment for over $3 billion in debtor-in-possession financing from lenders including a JPMorgan-led bank syndicate and certain of the company's existing lenders.

The new financing, subject to court approval, is expected to immediately improve the company's financial health and support its ongoing operations during the court-supervised process, Toys 'R' Us said.

The company's Canadian unit intends to seek protection in parallel proceedings under the Companies' Creditors Arrangement Act (CCAA) in the Ontario Superior Court of Justice, Toys 'R' Us said in a statement.

The retailer's operations outside of the United States and Canada, including about 255 licensed stores and joint venture partnerships in Asia, which are separate entities, are not part of the Chapter 11 filing and CCAA proceedings, Toys 'R' Us said.

The filing is among the largest ever by a specialty retailer and casts doubt over the future of the company's nearly 1,600 stores and 64,000 employees. It comes just as Toys 'R' Us is gearing up for the holiday shopping season, which accounts for the bulk of its sales.

Toys 'R' Us filed the petition in the US Bankruptcy Court for the Eastern District of Virginia in Richmond, Virginia.