Torture probe launched after 13 siblings held captive in US home 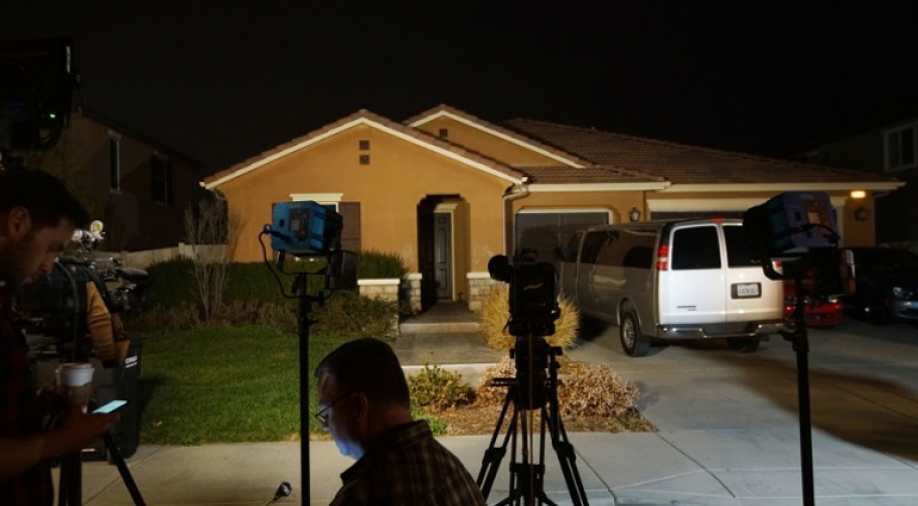 Authorities set bail at $9 million for the parents after a 17-year-old girl escaped the house on Sunday and called 911 using a cellphone found inside. Photograph:( AFP )

A California couple has been arrested for torture after authorities said Monday their 13 malnourished children were held captive in their home, with some shackled to beds in the dark.

Authorities set bail at $9 million for the parents after a 17-year-old girl escaped the house on Sunday and called 911 using a cellphone found inside.

She was so "emaciated" that officers said they originally thought she was only 10 years old.

The 13 victims who had been held captive at the Perris, California home range in age from two to 29, the Riverside County Sheriff's Department said in a statement. They were not named.

"Further investigation revealed several children shackled to their beds with chains and padlocks in dark and foul-smelling surroundings, but the parents were unable to immediately provide a logical reason why their children were restrained in that manner," the statement added.

"Deputies located what they believed to be 12 children inside the house, but were shocked to discover that seven of them were actually adults, ranging in age from 18 to 29. The victims appeared to be malnourished and very dirty."

The sheriff's office said, "the victims were provided with food and beverages after they claimed to be starving."

David Turpin is registered in the California School Directory as head of the Sandcastle Day School, a private institution, but its address matches that of the Turpins' home in public records.

The school, which opened in March 2011, only has six students -- one each in fifth, sixth, eighth, ninth, tenth and twelfth grade, meaning for children aged about 10-18 -- according to the latest state education department data.

The Turpins filed for bankruptcy the same year the school was opened, stating in court documents that they had accrued between $100,000 and $500,000 in debt, The New York Times reported.

It said David Turpin at the time worked as an engineer for defense contractor Northrop Grumman, earning $140,000 a year, while his wife was listed as a homemaker.

A Facebook page under the name of David-Louise Turpin includes pictures of the couple, whose mugshots were released by police, in various stagings of a marriage ceremony or exchange of vows from 2011 to 2016.

In the latest set of photographs, uploaded in April-July 2016, Louise Turpin wears a long white wedding gown and her husband is dressed in a suit.

An Elvis Presley impersonator in a gold and silver suit holds a microphone and poses with the couple and children, in a kitsch scene reminiscent of Las Vegas weddings.

They exchange wedding bands and are surrounded by 13 smiling children and youths.

Nine girls, all with long dark hair, wear matching fuchsia plaid dresses with white tights and shoes. A baby girl is dressed in a bright pink flowery and sequined dress. Three boys, their dark hair in bowl cuts like David Turpin, are dressed in black suits with red ties.

An April 2016 photograph shows the same smiling children and the couple wearing jeans and red t-shirts that read "Thing 1," "Thing 2," "Thing 3" and so on, a take on the mischievous siblings featured in the popular Dr Seuss children's book "The Cat in the Hat."

In another photograph, from September 2015, Louise Turpin lies on her stomach in the grass and props up the baby, who wears a t-shirt reading "Mommy loves me."