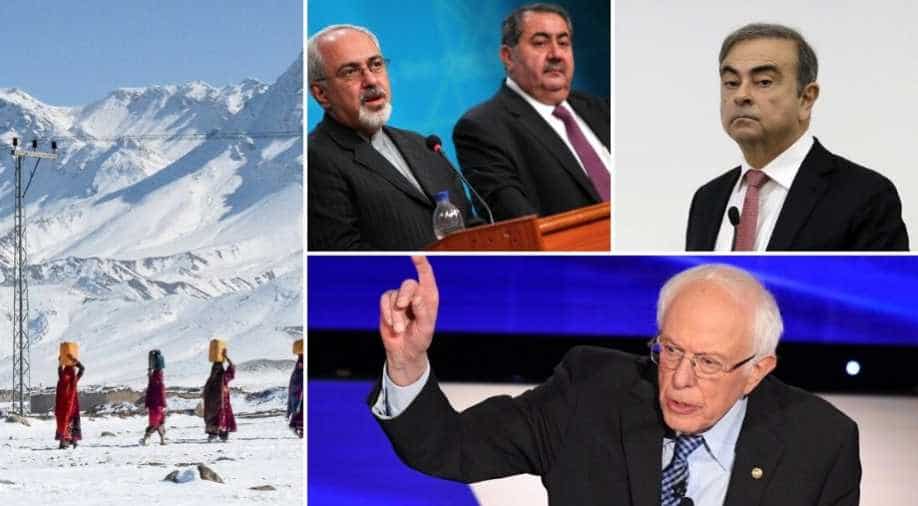 Here are the top 10 news stories that dominated the world arena on Wednesday.

Days after Iran admitted to shooting down Ukraine plane, foreign minister Javed Zarif on Wednesday said, I and President Rouhani did not know the reason behind Boeing crash till Friday. Meanwhile, former Nissan chairman Carlos Ghosn said that the French ambassador had warned him shortly after his arrest that his own company was plotting against him.

Here are the top 10 news stories that dominated the world arena on Wednesday.

I and President Rouhani did not know the reason behind Boeing crash till Friday: Iran foreign minister Zarif

Just days after the Iranian army shot down a Ukranian Boeing 737 aircraft, foreign minister Javad Zarif speaking at the Raisina Dialogue in New Delhi said it occurred due to a "crisis". Read more

We help Apple on trade, yet they refuse to unlock phones used by killers: Trump

Trump asked Apple to help the federal agencies unlock phones that are used by criminals something that Apple has refused to do.

He said that his government had consistently helped apple in trade matters and so it was time for Apple to reciprocate. Read more

The head of Human Rights Watch has accused the Chinese government of not only creating a high-tech surveillance state at home but using its growing economic clout to silence critics abroad. Read more

US President Donald Trump backed Democratic presidential contender Bernie Sanders in his back-and-forth with rival Elizabeth Warren, saying he did not believe Sanders would suggest a woman could not win the 2020 election. Read more

Former Nissan chairman Carlos Ghosn said that the French ambassador had warned him shortly after his arrest that his own company was plotting against him which forced him to make the dramatic escape to Beirut. Read more

The U.N.'s top court will deliver its decision next week on whether emergency measures should be imposed on Myanmar over alleged genocide against its Rohingya Muslims, the Gambian government tweeted Wednesday. Read more

Hong Kong police said they defused a pipe bomb and arrested four men for manufacturing explosives after raiding an apartment where they found protest-related items such as Guy Fawkes masks and protective gear. Read more

At least 62 people were killed and many went missing in Pakistan-occupied-Kashmir after several avalanches hit the villages due to the harsh winters.

According to a report, the worst hit was the Neelum Valley area where heavy rains and snowfall triggered multiple avalanches, including one that killed at least 19 people. Read  more