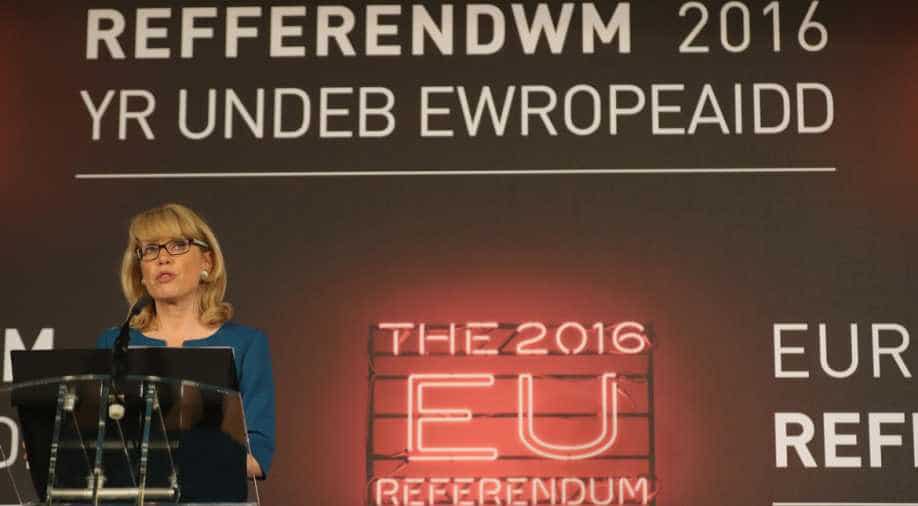 Google searches for the words 'Irish passport'spiked as soon as the Brexit result began to emerge. Photograph:( Getty )

Follow Us
Britain's vote to leave the European Union has triggered a surge in applications for Irish passports, which would allow their holders to remain EU citizens, officials said Monday.

Britain voted in a referendum last Thursday by 52 per cent to 48 per cent to leave the 28-nation EU, whose citizens enjoy free movement rights.

They can also seek employment in other EU states without the need for a work permit, use public healthcare facilities across the bloc and benefit from welfare and other rights.

"There has been an increase in queries in respect of entitlements to Irish passports in recent days," a spokeswoman for the Irish embassy in London said.

"However, reports of queues outside the passport offices are incorrect."

The process of Britain actually leaving the bloc is expected to take at least two years, and will only start when London formally triggers the Article 50 of the EU's 2007 Lisbon Treaty.

Discussion about applying for an Irish passport has been rife on social media.

"Due to the increased demand for Irish passport forms we have currently run out. We have an emergency order to meet the extra demand coming on Tuesday 28th June", it read.

The Irish embassy in London tweeted a link to advice on passport eligibility and how to apply.

Google searches for the words "Irish passport" spiked as soon as the Brexit result began to emerge in the early hours following the vote, according to data from Google Trends.

The phrase "Irish passport requirements" jumped 800 per cent in the past week, while variants of "how to get an irish passport" were all up 250 per cent.

The data showed the keenest interest to be from towns in the province of Northern Ireland, which is part of the United Kingdom but has a large minority who identify as Irish.

Anyone born on the island of Ireland before January 1, 2005 is entitled to Irish citizenship.

People whose parents were born in Ireland are automatically entitled to claim an Irish passport.

There were 430,000 Irish-born people in Britain, while one in four people in Britain have Irish heritage, according to 2011 census figures cited by the Irish Department of Foreign Affairs and Trade.

The ministry played down the urgency of the situation, and said it should not slow down the processing of passport renewal applications for Irish citizens.

"There is no urgent need for UK passport holders to look into applying for a possible other EU member state passport," it said.

"And it is hoped there will not be any significant impact on turnaround times for Irish citizens renewing their existing passports."