Tit for tat: Ankara to freeze Turkey assets of US ministers of 'justice and interior' 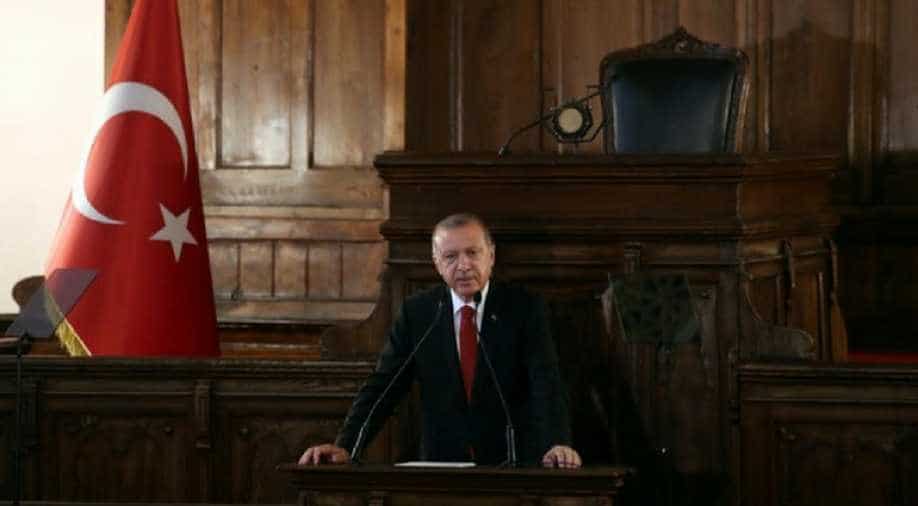 Turkish President Recep Tayyip Erdogan on Saturday said Ankara would freeze the assets in Turkey of the US ministers of "justice and interior", in response to Washington's sanctions over the detention of an American pastor.

"Today I will give our friends instructions to freeze the assets in Turkey of the American justice and interior ministers, if they have any (such assets)," Erdogan said in a televised speech.

He did not specify to which members of the US administration he was referring.

The US attorney general is Jeff Sessions and while the United States does not have an interior ministry similar to Turkey, the Secretary of the Interior is Ryan Zinke and Secretary of the Department of Homeland Security is Kirstjen Nielsen.

Erdogan's announcement was a tit-for-tat response to Washington's decison to impose  sanctions on Turkish Interior Minister Suleyman Soylu and Justice Minister Abdulhamit Gul over the detention for the last two years of pastor Andrew Brunson on terror-related charges.

The sanctions freeze any property or assets on US soil held by the two ministers, and bar US citizens from doing business with them.

Both Turkish ministers have denied having any assets in the US and it is highly unlikely the American officials would have assets in Turkey, making the sanctions largely symbolic.

But analysts say the use of even symbolic sanctions by the United States against its NATO ally could be hugely damaging for Turkey's fragile economy.

The lira, which has plunged in value this year, has already reached the five to the dollar mark for the first time in history over the sanctions.

In the same speech, Erdogan appeared to indicate that he did not want the crisis to escalate further to full-scale economic sanctions.

"We don't want to be a party to lose-lose games. Moving political and judicial disputes into an economic dimension will be harmful for both sides," Erdogan said.

Brunson was moved to house arrest last week following nearly two years in jail on terror-related charges but the change only increased tensions.

President Donald Trump and his Vice President Mike Pence, who shares Brunson's evangelical Christian faith, have made his release and return back to his family in the United States a priority.

The US Treasury implemented the sanctions against the Turkish ministers under the 2016 Global Magnitsky Act named after Russian lawyer Sergei Magnitsky, who died in a Moscow jail, and which allows the US to sanction foreign officials implicated in rights abuses.