Ties with US under stress, Pak envoy acknowledges 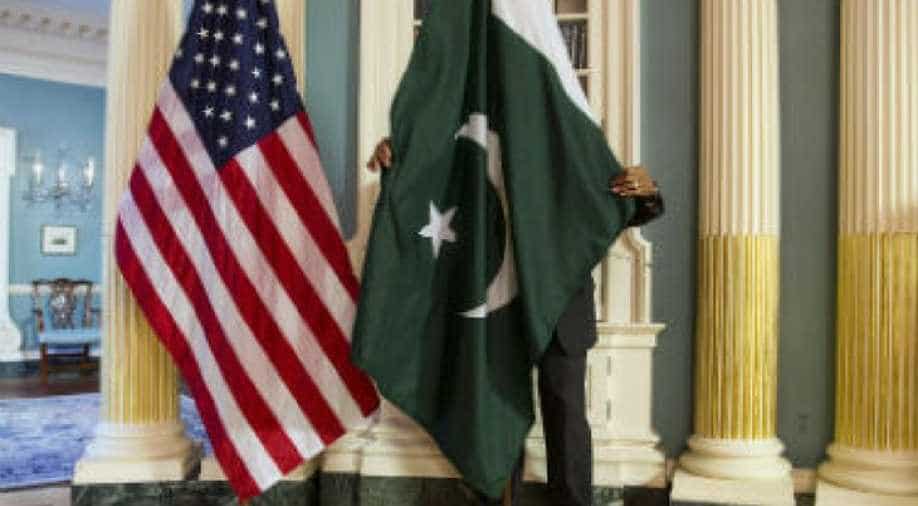 Responding to a question, Chaudhry rued that India has been given a role by the US in Afghanistan. Photograph:( Reuters )

Acknowledging that Pakistan's relationship with the US is "under stress", the country's envoy here has urged Washington not to look at Islamabad with a "very narrow approach" through one lens or the other.

The US has recently suspended about USD 2 billion in security aid to Pakistan for failing to clamp down on the Afghan Taliban and the Haqqani Network terror groups and dismantle their safe havens.

The freezing of all security assistance to Pakistan comes after US President Donald Trump, in a New Year's Day tweet, accused the country of giving nothing to the US but "lies and deceit" and providing "safe haven" to terrorists in return for USD 33 billion aid over the last 15 years.

"Currently, it (US-Pakistan relationship) is under stress. I must admit," Pakistan's ambassador to the US Aizaz Ahmad Chaudhry told a Washington audience this week.

Chaudhry said he believes that this is because in the US, sometimes, Pakistan is looked at through one lens or the other.

"Sometimes we are viewed through the lens of Afghanistan, and since the United States is not making progress in Afghanistan, that could actually be up against failure.

Perhaps it is through -- because of Pakistan and therefore the tendency to view Pakistan in that narrow lens," he said.

He said that sometimes, it is viewed through the lens of China, which is an emerging rival of the US, perhaps Pakistan being close to China is not going to be friendly with the US.

"Sometimes, it is viewed through the lens of India, that India now is a strategic partner for the US and is expected by the US to play a larger role in the Indo-pacific region. And since Pakistan is not on good terms with India, therefore, Pakistan perhaps is not worth to maintain relationships," the Pakistan envoy said.

"It is also viewed purely through a counter-terrorism lens or security lens. I believe this is a very narrow approach to a country the size of Pakistan and the potential of Pakistan," he said in his appearance before the Center for Strategic and International Studies (CSIS), a top American think-tank.

Responding to a question, Chaudhry rued that India has been given a role by the US in Afghanistan.

"We believe India is using to create a double squeeze situation against Pakistan," he alleged.

India has denied those charges and the US says such a belief of Pakistani leadership is unfounded and does not has any basis.

"We think that there has to be a regional consensus not to allow anyone to use Afghan soil to create instability or to advance their own political agendas. I think that is also an equally important part if you want to really attain peace in Afghanistan," he asserted.

The Pakistani envoy said that his country wants to have a dialogue with India.

"We always maintained that for that to have, both countries should stay engaged in a dialogue. But at this point in time, Indian leadership feels that they are not ready for a dialogue with Pakistan," he said.

Their view is that Pakistan needs to take action against certain anti-India militants that they think live in Pakistan and as if Pakistan is supporting terrorism, the envoy said.

So anyway the agenda or the objectives of the militants are being served by the suspension (of talks), Chaudhry said.

"What would actually happen is exactly the opposite, that both Pakistan and India should stay engaged and work together to reduce this phase of militants both in Pakistan and in India.

"In India also, militancy is growing under the name of Hindutva ideology and others. I think it is a problem that we need to solve by cooperating with each other and not by straining each other," the Pakistani ambassador added.