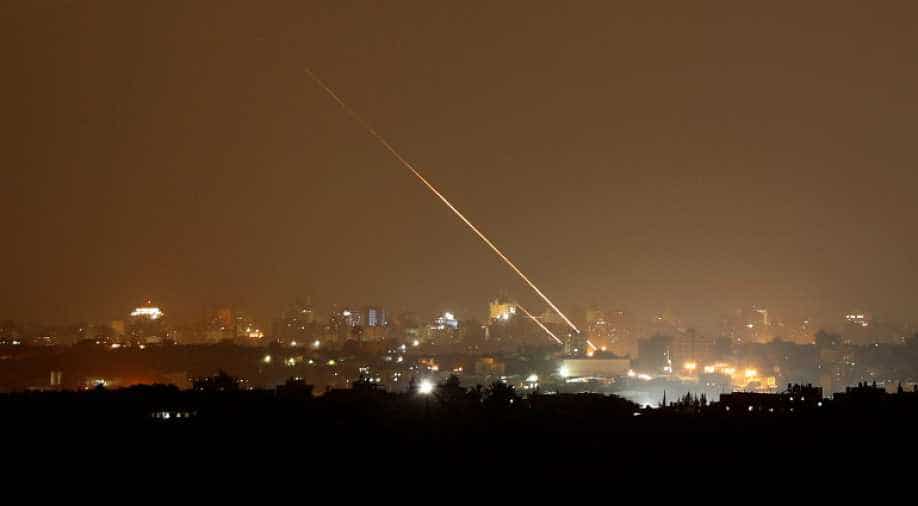 The Jewish state launched a series of air attack in Gaza in a counterattack to the dozens of rockets fired at its territory.

The three killed includes an 18-month baby and her pregnant mother.

The strikes also claimed the life of one Hamas militant while injuring at least 12 others, the Gaza Health Ministry stated.

The Israeli army said it had struck around "100 military targets" belonging to Hamas in the strip in response to the rockets fired from Gaza.

Israel's Iron Dome missile defense system intercepted 11 of the roughly 70 launches, the army said, while most of the others landed in open areas.

The attack on Israel had lightly wounded a person by shrapnel while several others were treated for shock in Sderot, the United Hatzalah medical service said.

The military wing of Hamas which is the Islamist group that runs Gaza claimed the responsibility of the attacks on Israel.

"As of now, approximately 70 rocket launches were identified from the Gaza Strip at Israeli territory," the army said in a statement.

Gaza has been controlled by Hamas for more than a decade, during which time it has fought three wars against Israel, most recently in 2014. Along with Egypt, Israel maintains a blockade that has brought the territory's economy to a state of collapse.