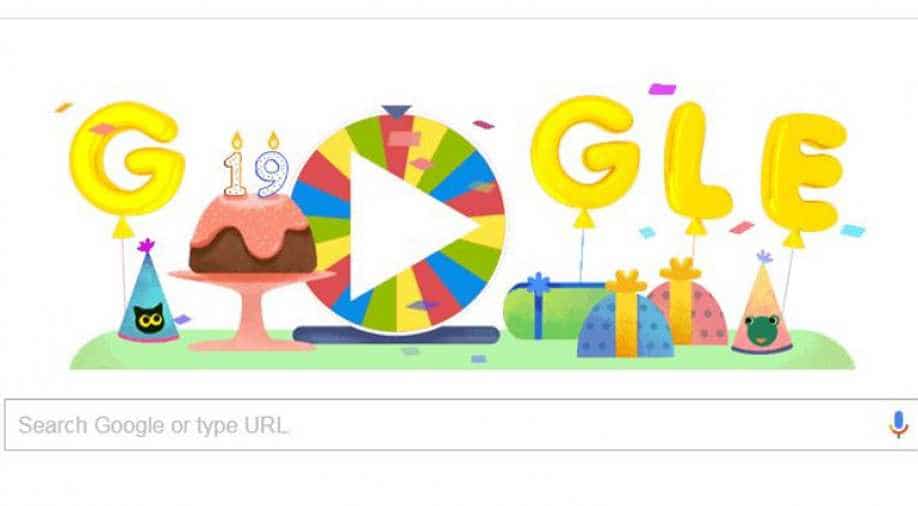 The world's most used search engine Google is celebrating its 19th birthday with a Google Doodle.

In this 19th birth anniversary, the company allows their users to play games in their homepage through surprise spinner doodle.

"In 1997, one of Google`s co-founders, Larry Page, had just arrived at Stanford University to pursue his P.h.D in computer science, reminisces the company on its official page."

"Of all the students on campus, Google`s other co-founder, Sergey Brin, was randomly assigned to show Page around". This chance encounter was the happy surprise that started it all.

"From there, the two came together with a common goal in mind: to organize the world`s information and make it universally accessible and useful, a mantra that would go on to become Google`s mission statement."

"The two hunkered down in a garage - Google`s first office - and got to work."