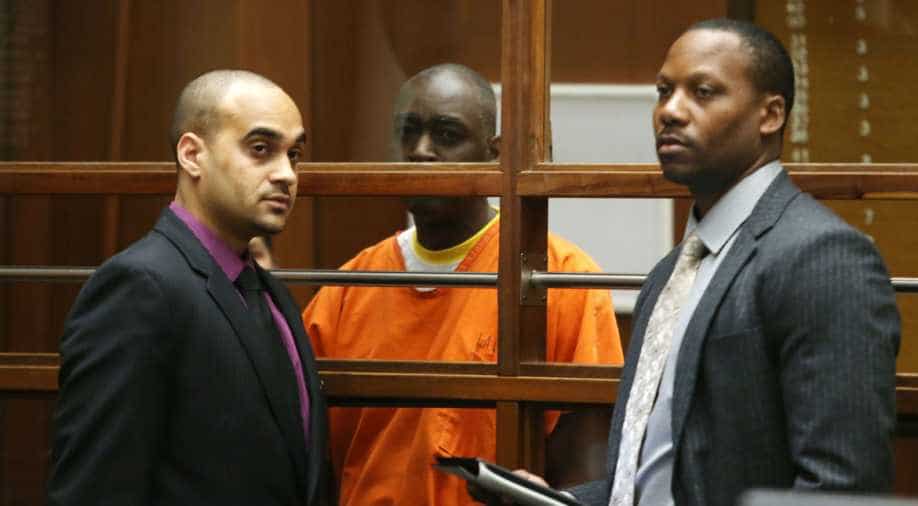 Follow Us
Actor Michael Jace was sentenced to 40 years to life in prison on Friday for murdering his wife. Jace fatally shot her in front of their two young children in an affluent neighborhood of Los Angeles.

The 53-year-old American, famous for his part in police drama "The Shield" and big-screen roles including in "Forrest Gump," was convicted of second-degree murder at Los Angeles Superior Court on May 31.

Before the sentence was handed down, Jace apologized to the family of his wife, April, and told the court that there were "no justifications for my actions".

"Defendant Jace is a volatile individual who displays unpredictable and irrational rage and he is prone to violence," said a statement from the prosecution that must be considered in any future parole hearing.

"Any discussion about parole for defendant Jace must be considered with extreme caution."

The sentence means that he must serve at least 40 years behind bars before he can be considered for parole.

Deputy District Attorney Tannaz Mokayef told jurors in her summing up before the verdict that Jace was "obsessed" with his wife, who had been trying to leave him amid his allegations that she had been unfaithful.

Jace's defence team accepted that he had shot April in the back and twice in her legs on May 19, 2014, but maintained he was guilty only of voluntary manslaughter, sometimes called a "crime of passion".

"He snapped. If you find there was something that provoked this man... and it created some kind of passion in him, that's manslaughter," his attorney Jamon Hicks told jurors.

The couple's 10-year-old son Nehemiah, testified that he had seen his father bring his mother -- a keep-fit enthusiast -- into the hallway of their home in the Hyde Park area, where she fell down.

"Then my dad said, 'If you like running, run to heaven,' and then he shot her," the boy told the jury.

In a recorded interview played in court, Jace told police he was holding the gun when his wife returned home from a baseball game with their sons.

She lunged at him, he said, and he had intended "just (to) shoot her in the leg" and not kill her, adding that he had been drinking.

The couple had exchanged 164 text messages on the day of the shooting, the court was told, including one in which Jace's wife of nine years said she was "afraid to come home".

The actor filed for bankruptcy in 2011, citing debts of more than $500,000. Neighbours reported he had struggled to find work since the end of "The Shield".

The prosecution statement recounted the testimony of Bitterman, whom he divorced in 2003, alleging that Jace choked and hit her while her six-month-old son cried in his crib nearby.