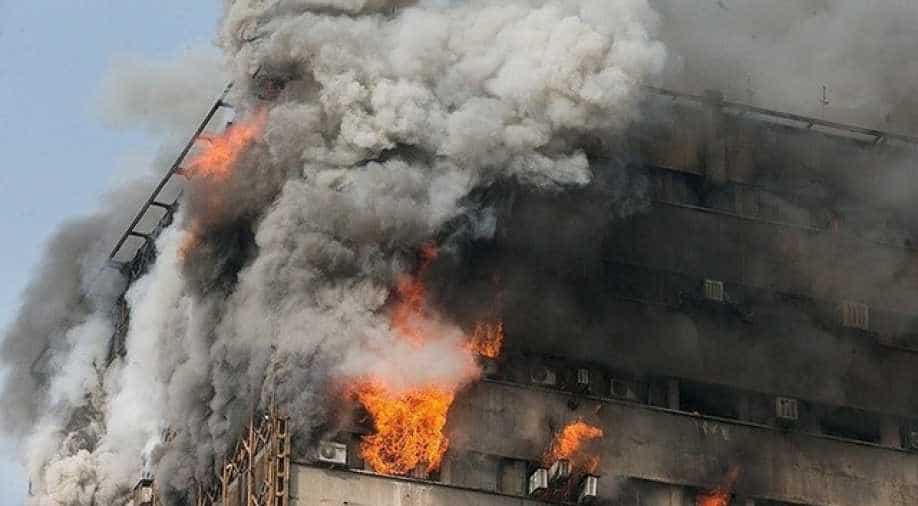 At least 20 firefighters were killed when a 17-storey Tehran commercial building collapsed on top of them as they tried to put out a blaze, Iranian state television quoted the city's mayor as saying on Thursday.

But there was confusion over the toll, as a fire department spokesman said soon afterwards that there was still a chance of finding them alive.

Soldiers, sniffer dogs and rescue workers were searching the ruins of the Plasco building after it crashed down in a giant cloud of dust. The collapse was shown live on state television. One witness described it as "like a horror movie".

"At least 20 firefighters who were trapped under rubble have died," mayor Mohammad Baqer Qalibaf said. "They are martyrs. They lost their lives when trying to help people."

Qalibaf had earlier said around 25 firefighters were trapped inside the building. State TV said the death toll might increase.

But Tehran Fire Department spokesman Jalal Maleki told the broadcaster: "I cannot confirm the death of around 20 firefighters ... The rescue operation still continues. They might still be alive."

State TV said at least 78 people, including 45 firefighters, had been injured, and the remains of the building had continued to burn after the collapse. Most of those hurt had been taken to hospital and many were quickly discharged, it said.

The semi-official Tasnim news agency said troops had been sent to help dig through the ruins. It said one of the first firefighters to be reached had demanded to be let back inside to save his colleagues.

The agency quoted an official in the Tehran governor's office as saying an electrical short-circuit had caused the fire, but there was no immediate confirmation of this. President Hassan Rouhani ordered an immediate investigation and compensation for those affected.

Occupants of the building had been evacuated as the firefighters tackled the blaze. State TV said the tenants included garment manufacturers, and broadcast footage of business owners trying to re-enter the wreckage.

Sniffer dogs searched for signs of survivors buried under giant slabs of concrete and heaps of twisted metal. The rescue operation could last more than two days, state TV said.

The Plasco building, Iran's first private high-rise, was built more than 50 years ago by a prominent Iranian-Jewish businessman who was arrested and sentenced to death for ties to Israel after the 1979 Islamic revolution.

Tasnim said it "had caught fire in the past".

He said the building had collapsed vertically. "That is why adjacent buildings were not damaged."

The owner of a nearby grocery store, forced by police to leave the area, told Reuters by telephone: "It was like a horror movie. The building collapsed in front of me."

The semi-official Fars news agency said police had cordoned off the nearby British, German and Turkish embassies. "The flames could be seen kilometres away from the old building," it said.