Tajikistan refutes IS claim of 'terror attack' that killed 4 tourists 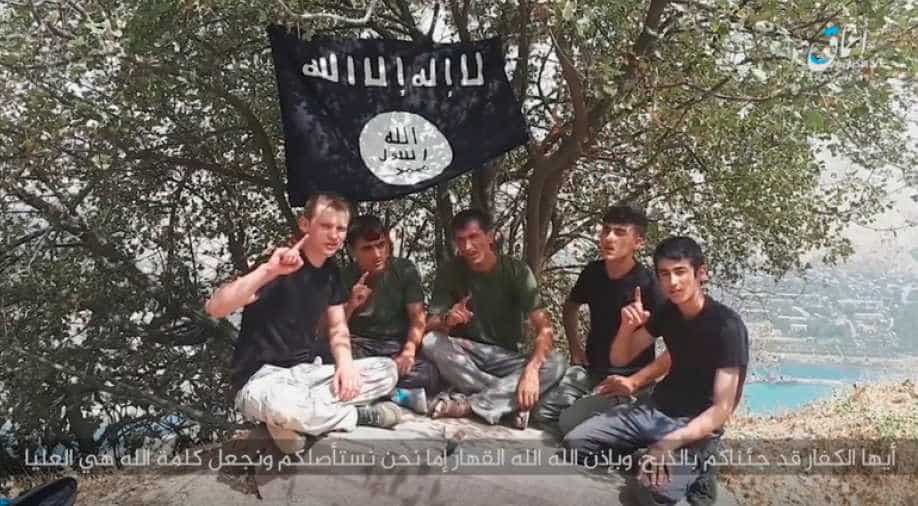 An image taken from a video released by The Islamic State's (IS) Amaq News Agency allegedly shows the five executors of an attack on foreign tourists on a bike tour in southern Tajikistan. Photograph:( AFP )

Authoritarian Tajikistan has called for the first time an incident that left four foreign cyclists dead in the Central Asian country a "terror attack" while appearing to refute the Islamic State group's claim of responsibility.

In a statement published late on Friday, the ex-Soviet country's state prosecutor said the attack initially reported as a hit-and-run road accident was aimed at "creating an atmosphere of fear and panic in society and undermining the international authority of the Republic of Tajikistan".

"The attack on the foreign tourists was a terrorist act," the statement said of the assault by an armed gang on a group of seven foreign cyclists Sunday which left two Americans, one Swiss and one Dutch national dead.

On Tuesday IS released a video showing what it said was a pledge of allegiance by the five men accused of murdering the tourists visiting the impoverished ex-Soviet nation.

In a first official mention of the video Friday, however, the country's state prosecutor said the clip had been released "with the aim of deflecting suspicions from another terrorist organisation, the Islamic Renaissance Party, which is the main commissioner of this terrorist act".

A prior police report pinning responsibility for the attack on the Islamic Renaissance Party (IRPT) -- which styled itself as a moderate, faith-based opposition party until it was outlawed by Tajikistan in 2015 -- has generated scepticism outside the republic.

The government began a long crackdown on the opposition in 2015 just before the IRPT failed to make parliament in a vote widely viewed as strewn with violations.

Tajik police also alleged that a detained suspect viewed as one of the leaders of the attack on the tourists "underwent training" in Iran, a country with whom Tajikistan currently has poor relations.

Both Iran and IRPT have denied any links to the attack.

The video released by IS Tuesday shows five men, who resemble pictures of the suspects put out by Tajik police, sitting by a tree in front of a jihadist flag.

The clip shows them swearing allegiance to Abu Bakr al-Baghdadi, the group's leader.

Four of the men were killed resisting arrest, according to Tajik police while a fifth is in police custody.

The victims were killed by being struck by a car and attacked with knives and guns as they cycled along a road off the Pamir Highway -- a popular tourist route with spectacular views.

They have been named as Lauren Geoghegan and Jay Austin of the United States, Dutch citizen Rene Wokke and Swiss citizen Markus Hummel.

One Dutch and one Swiss citizen survived the attack while a French cyclist escaped unscathed.