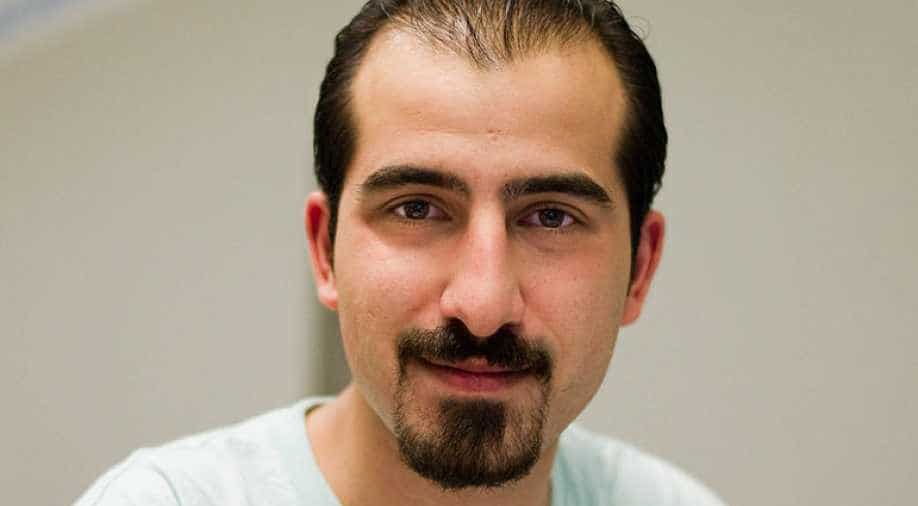 Bassel Khartabil Safadi was transferred to an unknown location on November 11, 2015. Photograph:(Others)
Follow Us

Khartabil was detained by the Syrian government on March 15, 2012, a year after Arab Spring protest broke out ||His wife has confirmed that her husband was executed in prison || || || ||

Palestinian Syrian famous activist Bassel Khartabil was confirmed dead by his wife in a Facebook post on Tuesday.

Khartabil was detained by the Syrian government on March 15, 2012, a year after the Arab Spring protest broke out. He was interrogated by Syria's military intelligence service, Military Branch 215 and was later held in solitary confinement for nine months.

On December 9, 2012, Khartabil was accused of "harming state security" and was sent to the Adra Prison in Damascus.

His detention was condemned by the United Nations Working Group on Arbitrary Detention and 30 other human rights organisations including Human Rights Watch.

Khartabil lost all contacts with his family in October 2015.

His wife Noura Ghazi Safadi, who held many campaigns for his release, has now confirmed that her husband was executed in prison.

“Words are difficult to come by while I am about to announce, on behalf of Bassel's family and mine, the confirmation of the death sentence and execution of my husband,” she wrote.

#FREEBASSEL campaign was launched globally for Bassel Khartabil release. (Others)

Deeply saddened by husband's death, Noura Safadi further added, "He was executed just days after he was taken from Adra prison in October 2015. This is the end that suits a hero like him.

"This is a loss for Syria. This is loss for Palestine. This is my loss."