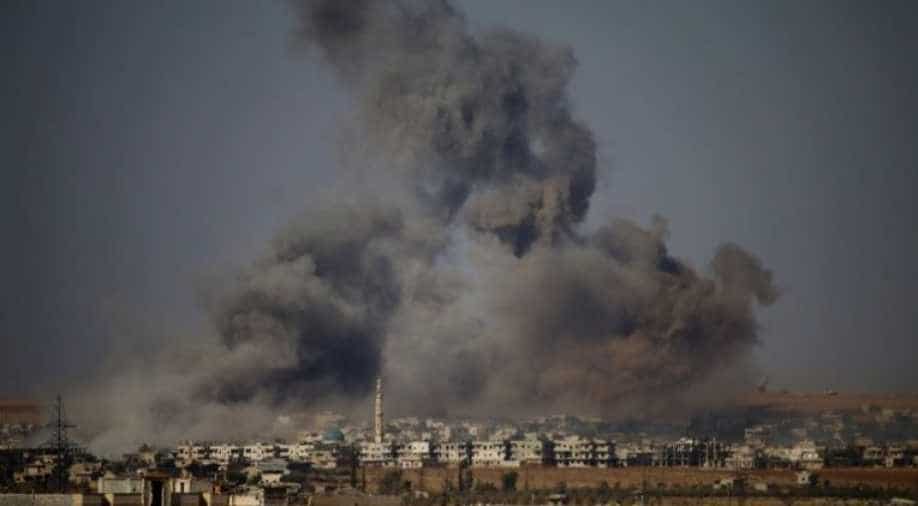 Eight towns in the province returned to regime control under Russia-brokered deals, the Observatory said

Since June 19, backed by its ally Russia, the Damascus regime has carried out a deadly bombing campaign in southern Syria as it pushes to retake the strategic area bordering Jordan and the Israeli-occupied Golan Heights.

As of Saturday, government forces controlled more than half of Daraa, up from just 30 per cent at the start of the operation, the Syrian Observatory for Human Rights monitor said.

Eight towns in the province returned to regime control under Russia-brokered deals, the Observatory said.

That came "after talks in each town between Russian generals as well as local notables and remaining rebels," Observatory head Rami Abdel Rahman said.

The so-called "reconciliation" deals are the latest in a string of such agreements across the country that have seen the government retake opposition-held areas, often after devastating air and ground offensives.

These deals imposed by the regime often see opposition fighters hand over their heavy weapons and allow those who want to leave to board buses headed to rebel-held areas in the north of Syria.

Regime forces continued to bombard other parts of Daraa province on Saturday, with air strikes killing at least 15 civilians, according to the Observatory.

Regime air raids also took the lives of five non-combatants in the town of Ghasam.

With the deals in Daraa, the regime has further chipped away at a U-shaped patch of territory controlled by the rebels in southern Syria.

Retaking the whole of Daraa province would be a symbolic victory for the regime, as it is seen as the cradle of the anti-Assad uprising seven years ago that spiralled into civil war.

It would also allow the regime to reopen the Naseeb border crossing with neighbouring Jordan and potentially resume lucrative trade across the frontier.

But just under half of Daraa province -- including part of the provincial capital of the same name -- still remains in the hands of rebels.

"The regime wants us to hand over everything – Daraa city, the Naseeb crossing, ourselves and the heavy weapons. It's inadmissible," a negotiator in the rebel-held part of Daraa city told AFP.

On Saturday afternoon, a video circulated on social media showing a rebel negotiator saying talks with the Russians had failed.

"The last sessions were today," said Bashar al-Zobi, accusing the regime and its Russian ally of wanting nothing but "surrender and injustice".

The recent escalation comes despite Daraa and opposition-held parts of neighbouring Quneitra province being included in a so-called "de-escalation zone" agreed by Russia, the United States and Jordan last year.

Syria's main opposition group, the Syrian Negotiation Commission (SNC), implored the international community to speak out against the violence.

"We call on the international community to condemn the brutal breaching of the de-escalation zone... and take all possible measures to halt this assault on our people," SNC spokesman Yahya al-Aridi said in a statement.

In total, 115 civilians have been killed in regime bombardment on the province since June 19.

In that same period, 96 pro-regime fighters and at least 59 rebels have lost their lives.

The spike in violence in Daraa over the past two weeks has forced around 160,000 people to flee their homes, according to initial United Nations estimates.

These include around 20,000 to areas near the Naseeb border crossing with Jordan, a country that already hosts more than 650,000 registered Syrian refugees and says the actual figure is closer to 1.3 million.

Amman has said it cannot open its frontier to any more Syrians fleeing the seven-year conflict, but on Saturday announced it had sent aid across the border to the displaced.

More than 350,000 people have been killed in Syria since the war started in 2011 with the brutal repression of anti-government protests.