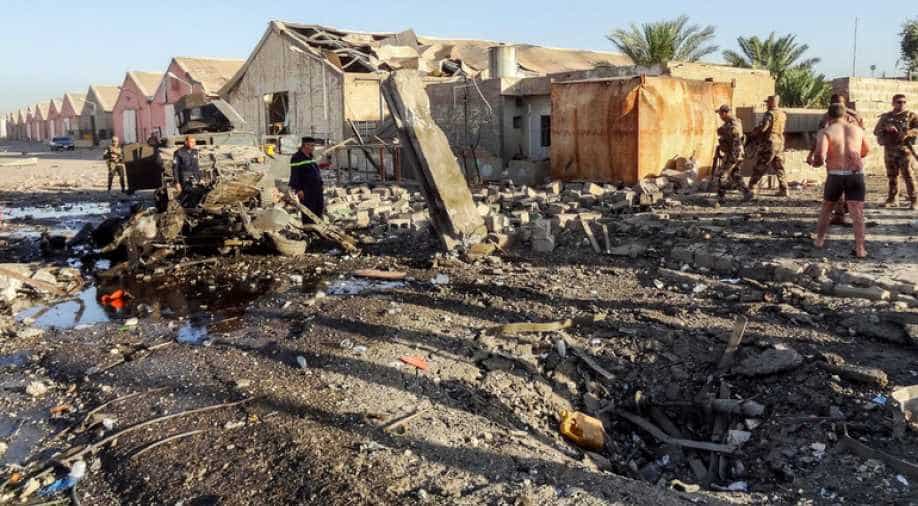 Members of the Iraqi Counter-Terrorism Service (CTS) arrive at the scene of an attack outside warehouses where ballots from the May 12 parliamentary vote were stored in the northern multi-ethnic city of Kirkuk. Photograph:(AFP)
Follow Us

A suicide bombing Sunday targeting a warehouse in Kirkuk where ballot boxes from Iraq's May elections were stored wounded 19 people, days before a vote recount, a security source said.

"Nine policemen, six members of a counter-terrorist unit and four civilians were wounded when a car bomb driven by a suicide bomber exploded at the main gate of the warehouse," the source said.

The building was damaged by the blast but the ballot boxes were unaffected, said Rakan al-Juburi, the governor of Kirkuk north of Baghdad.

Iraq's supreme court has ordered a manual vote recount in polling stations where results from the May legislative elections were contested following allegations of fraud.

The ballot was won by populist Shiite cleric Moqtada Sadr's electoral alliance with Communists, as long-time political figures were pushed out by voters seeking change in a country mired in conflict and corruption.

The vote recount is expected to begin on Tuesday in the Kurdish provinces of Arbil, Sulaymaniyah and Dohuk, as well as in Kirkuk, Nineveh, Salaheddin and Anbar, the spokesman of the electoral commission said on Saturday.