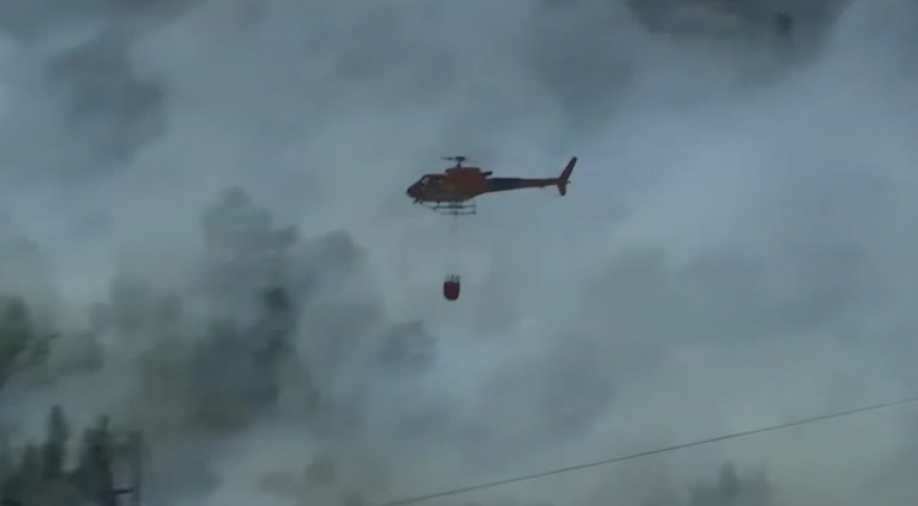 Strong winds on Thursday (August 9) complicated fire fighting efforts in Portugal's southern Algarve as helicopters, planes and more than 1,400 firefighters tried to control wildfires that have been raging since Friday (August 3).

Portugal's prime minister warned on Wednesday (August 8) that a massive fire burning in the tourist region will take many days to put out as authorities sent more firefighters to combat the blaze.

Ferocious fires have blazed for a week in southern Portugal stoked by sweltering temperatures and strong winds, injuring dozens and leaving a blackened trail of seared forest, charred homes and incinerated cars, despite the efforts of hundreds of firefighters and soldiers.

Fire crews and police conducted an urgent evacuation overnight of homes around the ancient town of Silves, as the fire continued to spread across one of Europe's top tourism destinations.

Aircraft scooped water from the sea to drop onto the creeping blaze Thursday, as firefighters continued their struggle to douse the flames, which have already consumed some 21,000 hectares (52,000 acres) of forest.

Smoke from the fires blackened the skies above the beaches of the Algarve.

The fire, which is heading south from the Monchique hills towards the Algarve coast, has been uncontrollable despite huge efforts by the government to prevent any repetition of last year's deadly fires in which 114 people were killed.

Nobody has died this year, however the Civil Protection Service said that 36 people have been injured.

Nearly 200 people have been evacuated from their homes in the Monchique hills.