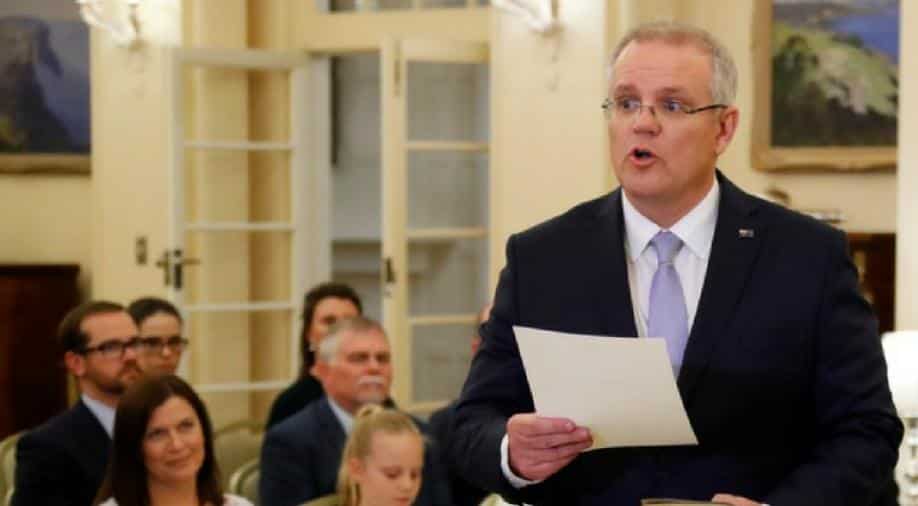 Australia has been engulfed in a nationwide scare as several instances of sewing needles found hidden in strawberry punnets were reported in the country. On Wednesday prime minister Scott Morrison said that it is comparable to 'terrorism' and demanded to change the law to put the perpetrators behind bars for 15 years.

"We're not mucking about," Morrison said after at least 20 pieces of fruit were found to be contaminated with needles or pins. "This is not on, this is just not on in this country," he added.

Calling the perpetrator a "coward and a grub", Morrison called on parliament to quickly raise the maximum sentence for such deliberate food contamination from ten to 15 years behind bars.

That, he said, would put the crime on par with "things like possessing child pornography and financing terrorism. That's how seriously I take this."

The issue is fast turning into one of Australia's biggest ever food scares that has halted exports to New Zealand and forced at least one strawberry farm to start dumping its fruit at the peak of the season. Another farm is installing metal detectors

Farmers have been forced to pulp fruit and layoff pickers because of slower sales and lower wholesale prices.

"Just go back to buying strawberries like you used to, and take the precautions that you should," Morrison told Australians in a televised address.

"Make a pav this weekend and put strawberries on it," he suggested.

Meanwhile, Australian police are looking for suspects and said that they still did not know the motive behind the attacks.

The police are also expected to increase a reward for information that could help in resolving the issue.

Authorities have also suggested strawberries to cut up before they are eaten.