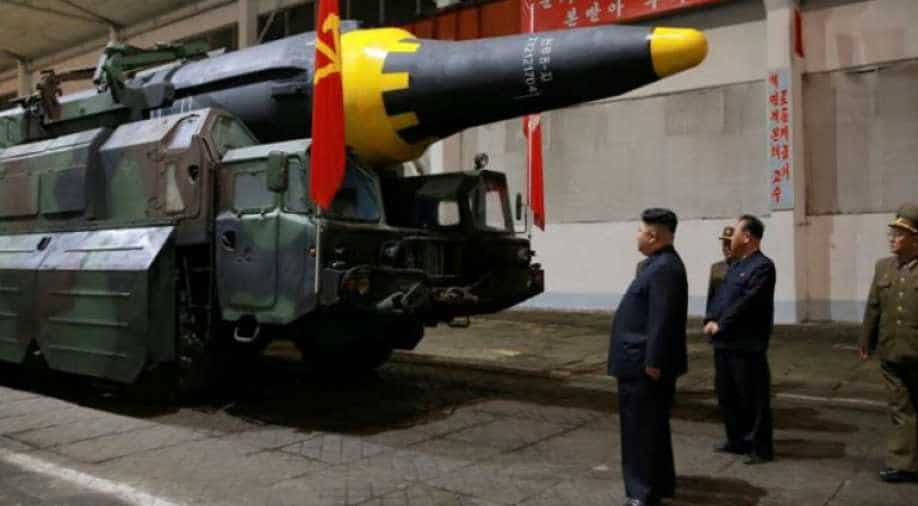 South Korea's military said Monday it was closely monitoring North Korean facilities after a series of satellite images triggered an international alarm that Pyongyang might be preparing a long-range missile or space launch.

South Korea is "closely tracking and looking into all activity for possible scenarios including a missile launch" across the border, in close coordination with the US, said Kim Joon-rak, spokesman of the Joint Chiefs of Staff.

Satellite images of Samundong taken on February 22 showed cars and trucks at the site, as well as rail cars and cranes at a yard, US news outlet NPR reported.

"When you put all that together, that's really what it looks like when the North Koreans are in the process of building a rocket," Jeffrey Lewis, a researcher at the Middlebury Institute of International Studies at Monterey, was quoted as saying.

Located on the outskirts of Pyongyang, the Samundong facility was built in 2012 to support development of long-range missiles and space-launch vehicles.

As well as developing the Hawsong-15 ICBM, which analysts agree is capable of reaching the whole US mainland, Samundong constructed the long-range rockets that were then transported and successfully launched from the Sohae satellite launch station in 2012 and 2016.

Satellite pictures in August suggested workers were dismantling an engine test stand at the facility.

But the Washington-based Center for Strategic and International Studies suggested last week rebuilding was progressing quickly at the facility.

A moving structure that had been used to carry vehicles to a launch pad on rails has been restored, said respected research website 38 North project.

It added the work had started before last month's failed meeting on denuclearisation between Kim and US President Donald Trump.

John Bolton, President Donald Trump's national security adviser, said Sunday the US sees "exactly what they are doing" in regard to possible missile or rocket launch moves by the nuclear-armed state.

"We see it unblinkingly, and we don't have any illusions about what those are," he warned, adding his boss would be "pretty disappointed" if a nuclear-armed state conducted a new missile test.

North Korea has been banned by the UN security council from carrying out space launches, as some of its technology was similar to that used for intercontinental ballistic missiles, or ICBMs.

Since the collapse of the Hanoi summit, Trump has been cautious in his forecasts, continuing to suggest a deal remains possible.

Trump said Kim promised he would carry out no more missile or nuclear testing, adding, "I take him at his word."