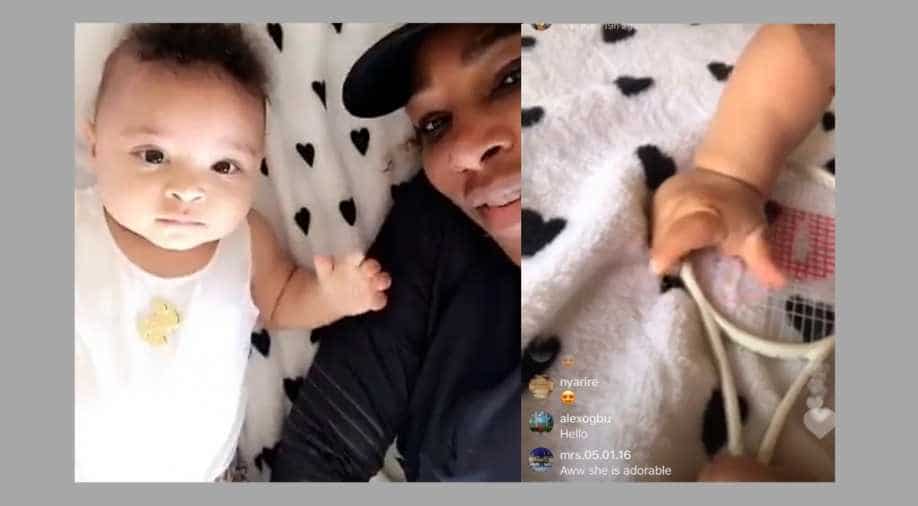 Serena William's 6-months-old toddler, Alexis Olympia is probably the youngest person to have her own tennis racket.

In an Instagram live session on Thursday, tennis champ Serena Williams was seen hanging out with her newborn daughter, Olympia, as she announced her return to professional tennis.

Serena and her infant were seen lying on the bed as the tennis star showed Olympia's gold pin in the form of letter 'S'. Williams' said, “Honey, are you supporting Mommy?” to which she herself replied, “She (Olympia) said today she’s supporting her mama because I’m coming back!”

This comes at a time when Women’s Tennis Association Tour kicks off from Thursday night in the US (Friday in India) and the tour will see Williams' return to professional tennis after giving birth.

Williams' said in the video: “It’s official. My comeback is here. This Thursday I will start playing tennis again professionally for the first time since giving birth to my daughter,” before adding that “her comeback could not have come on a better day” than International Women’s Day.

The gold-toned 'S' pin that Olympia sported in the video was designed for Williams' fans to support her and raise money for the Yetunde Price Resource Center, which assists those affected by gun violence and is named in honour of her slain sister.

In February, Olympia and her father Alexis Ohanian cheered Williams on from the stands at the Fed Cup, her first competition since giving birth to Olympia in September.