September summit with Pyongyang to focus on denuclearisation: South Korea 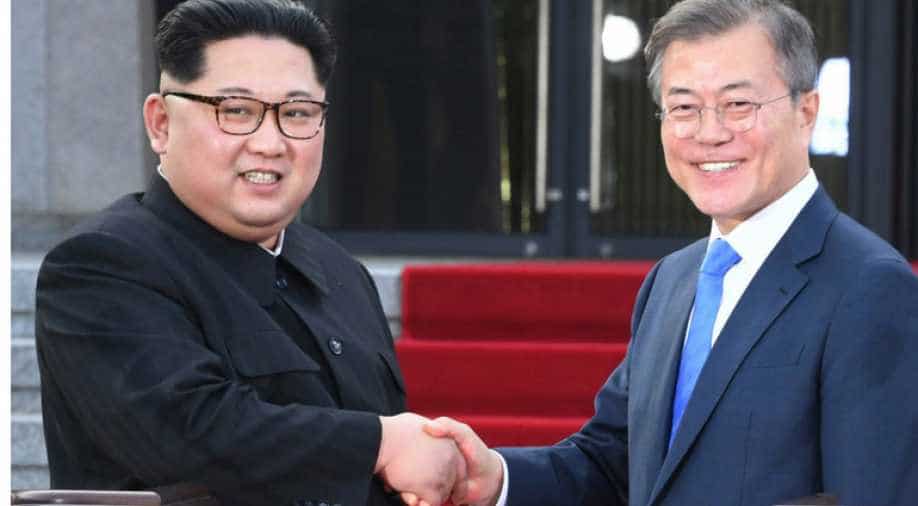 The South Korean government said Thursday that it would seek to make denuclearisation of the Korean peninsula the primary topic of discussion during the September summit between the heads of the two Koreas.

Denuclearisation would be a major agenda of the meeting in Pyongyang between South Korean President Moon Jae-in and North Korean leader Kim Jong-un, whose exact date is yet to be finalised and will be the third bilateral summit so far this year, said Seoul presidential spokesperson, Kim Eui-kyeom, at a press conference.

"Already, denuclearisation has been the most important issue in talks between the leaders of South Korea, North Korea and the United States," said Kim Eui-kyeom in statements published by South Korean news agency Yonhap.

With regard to the apparent stagnation of the dialogue between Washington and Pyongyang over denuclearisation of the regime, Kim Eui-kyeom added that Seoul will continue to "focus our discussions on resolving that issue."

On August 24, US President Donald Trump announced that he had called off the scheduled visit to Pyongyang of his Secretary of State, Mike Pompeo on grounds that not enough progress had been made on the denuclearisation issue.

However, Trump said Wednesday that things are going well with North Korea despite the lack of progress in bilateral negotiation, and partly blamed that situation on China and the ongoing trade war between Washington and Beijing, in statements to the media at the White House.