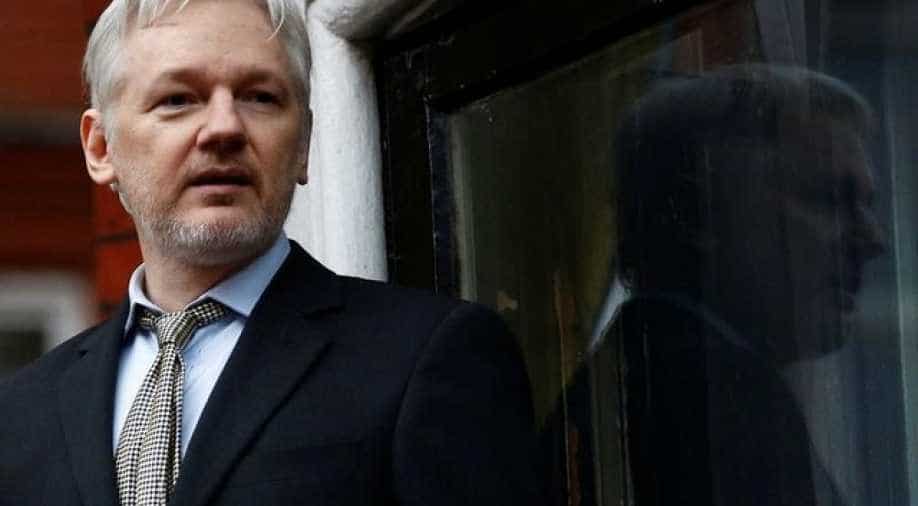 Julian Assange is the founder of WikiLeaks, the website that specializes in exposing secrets. Photograph:( Reuters )

Wikileaks said on Twitter that the letter was delivered via the US embassy in London.

The US Senate Select Committee on Intelligence which is conducting bipartisan inquiry into alleged Russian interference in the 2016 US presidential elections has requested WikiLeaks founder Julian Assange to appear for the probe at a "mutually agreeable time and location".

The Senate Committee addressed the letter to the Ecuadorian embassy where Julian Assange has sought political asylum since 2012 to avoid being extradited to Sweden.

Although Sweden has dropped the rape probe against him, Assange continues to stay at the Ecuadorian embassy as he fears British police will arrest him for skipping bail six years ago and secretly fears he will be extradited to the US.

BREAKING: US Senate Intelligence Committee calls editor @JulianAssange to testify. Letter delivered via US embassy in London. WikiLeaks' legal team say they are "considering the offer but the conditions must conform to a high ethical standard". Also: https://t.co/pPf0GTjTlp pic.twitter.com/gQIUstbGbq

Wikileaks said on Twitter that the letter was delivered via the US embassy in London.

The latest move by the US Senate committee offers a new twist to Assange's struggle against US authorities. WikiLeaks' legal team said it was "considering the offer but the conditions must conform to a high ethical standard."

In the run-up to the 2016 US presidential election, WikiLeaks had published documents hacked from Democratic candidate Hillary Clinton's campaign.

US intelligence officials have blamed Russia for the theft of the documents, officials blamed WikiLeaks for working alongside Russian intelligence to thwart Hillary Clinton's chances to become president in the 2016 presidential elections.

Wikileaks has denied it worked in concert with Russian intelligence.

Russian television channel had reported last month that Ecuador was ready to handover Assange to the UK in “coming weeks or even days,” however, it could not be independently confirmed.

The Times newspaper in Britain had reported that the UK is locked in top-tier discussions with Ecuadorian authorities to remove Assange from their London embassy.

In late March this year, the Ecuadorian government had suspended Assange’s communication privileges with the outside world, cutting off his Internet connection at the embassy.