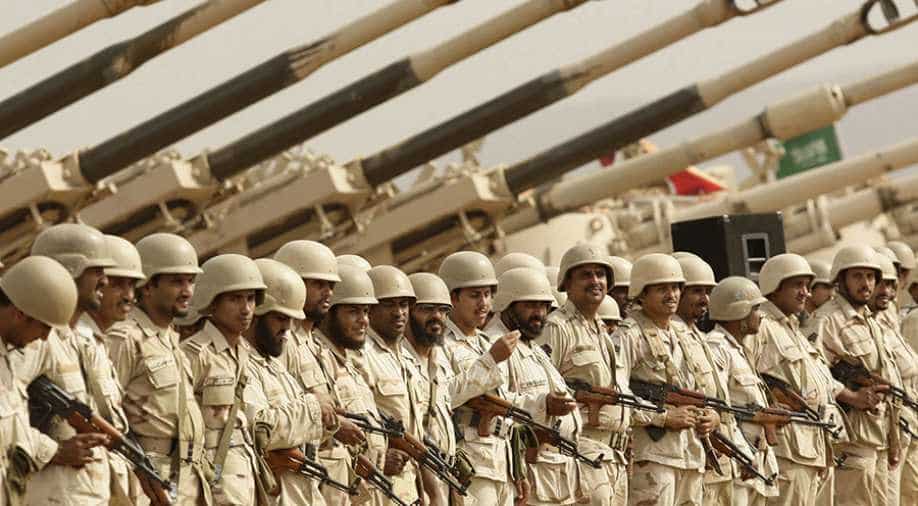 Saudi Arabia has replaced some of its top military officers in a shake-up that elevates a younger generation, brings a woman into a senior government job and tightens Crown Prince Mohammed bin Salman`s grip on power.

The crown prince, who at 32 is also defence minister and heir apparent, has promised reforms to wean Saudi Arabia off oil exports, create jobs and open up Saudis` cloistered lifestyles. Since rising to prominence three years ago, he has also removed a number of apparent rivals to the throne.

His cousin Mohammed bin Nayef was ousted as crown prince and interior minister in a palace coup last June, after which Prince Mohammed restructured the ministry to establish tighter control over intelligence and counter-terrorism.

Another cousin, Prince Miteb bin Abdullah, was sacked as head of the National Guard last November and detained for two months in an anti-corruption crackdown in which scores of the kingdom`s economic and political elite were held.

The latest personnel changes were decreed by King Salman and published in state media. No reason was given but the changes appear to have enabled Prince Mohammed to put his personal stamp of authority on key levers of the military.

The overhaul, analysts said, was not directly linked to Saudi Arabia`s three-year-old military campaign in Yemen against the Iran-aligned armed Houthi movement. But the war has largely stalled and international criticism is growing over a humanitarian crisis and air strikes that have killed civilians.

Prince Mohammed is likely to face questions from allies frustrated with the lack of progress during planned trips to the United States and Europe.

"He can say... he`s dealt with people responsible for that right up to the top. But it`s not going to instil confidence that your military, as a result of that, will be technically better able to perform," said Michael Stephens, research fellow at British defence and security think-tank the Royal United Services Institute (RUSI).

"It’s a wide ranging sweep across the deck... Especially when it comes to security, that makes people nervous."

The new military chief of staff was named as First Lieutenant Fayyad bin Hamed al-Ruwayli. His predecessor, First Lieutenant Abdelrahman bin Saleh al-Banyan, was retired and made a royal advisor.
The decrees included adopting a new strategy to restructure the defence ministry for improved organisation and governance, but provided few details.

Defence contracts with U.S. and European companies have long been a source of corruption and Prince Mohammed has it is "unacceptable" that high military spending has not translated into better performance.

Scholar Joseph Kechichian said some officers had been dismissed for incompetence while others had received fast promotions, but analysts said it was not clear the shake-up would immediately improve military performance.

Khalid Biyari, appointed aide to the defence minister, left his post as chief executive of Saudi Telecom, a possible sign that the crown prince is tapping the private sector to implement reforms.

The overhaul was a nod to a younger generation, analysts said, in what has become a hallmark of the crown prince`s approach to ruling youthful Saudi Arabia, where patriarchal traditions have long made power the preserve of the old.

If he succeeds his father, Prince Mohammed would become the first grandson of the kingdom`s founder Ibn Saud to be king after decades of rule by six of his sons.

"It`s sometimes useful in flexing your patronage muscle," said British-based analyst Neil Partrick. "It might give a sense of freshness... but I would be surprised if it leads to any changes in substance in policy in Yemen or anywhere else."

The appointment of a woman at the labour ministry is part of efforts to modernise and promote a more moderate form of Islam. Prince Mohammed has loosened social restrictions, scaling back the role of religious police and permitting public concerts.

The government has announced plans to allow women to drive this year, and said women can enrol in the security forces and no longer need the consent of a male relative to open their own businesses, a step away from the kingdom`s guardianship system.A senior Saudi cleric said last month that women need not wear the abaya - the loose-fitting, full-length robe symbolic of religious faith - and another prominent sheikh said that celebrating Valentine`s Day did not contradict Islamic teachings, defying the religious police`s hardline position.

The decrees also included the appointment of three deputy governors from among the descendants of Princes Ahmed, Talal and Muqrin - brothers of King Salman, some of whom may have felt sidelined by changes since his accession to the throne in 2015.

One of them, new deputy governor of Asir province, Prince Turki bin Talal, is the brother of billionaire Prince Alwaleed bin Talal, who was detained in the government`s anti-corruption campaign and released only last month.

Greg Gause, a Gulf expert at Texas A&M University, said the injection of more junior officials could help the crown prince cultivate a bloc within the royal family that is supportive of him at younger levels.

"But, and this is a big `but`, he is not appointing them to positions in the central government, at least not yet," said Gause. "He is keeping power in the cabinet centralised in his hands."