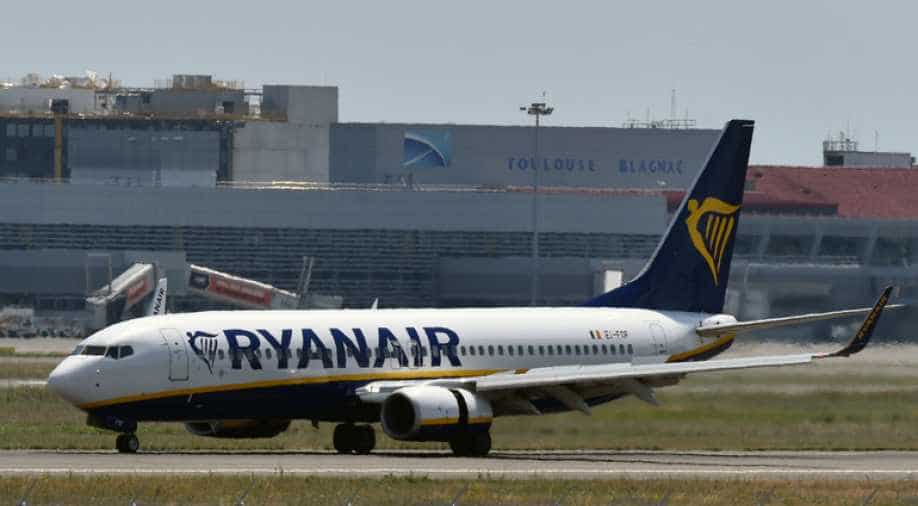 Following the reports of German Ryanair pilots to join Europe-wide strikes over the ongoing dispute between the workers and carrier over pay and working conditions Ryanair said it will cancel 250 flights to and from Germany on Friday.

The carrier had already axed 146 out of some 2,400 scheduled flights across Europe because of strikes planned by Irish, Belgian and Swedish pilots on Friday.

Earlier int he day, while announcing strike joining,&nbspRyanair's cockpit union said it has asked 400 pilots to walk off for 24 house on Friday.

"We are extremely sorry for the affected passengers. The responsibility lies with Ryanair management," Cockpit president Martin Locher said in a press conference on Wednesday.

Europe's second-biggest airline has been grappling with staff unrest since it recognised trade unions for the first time in December 2017, in a bid to ward off widespread strikes over the Christmas period.

But unions say their calls for better wages and fairer contracts have gone unheard, and no progress has been made despite months of negotiations.

Ryanair pilots have also claimed that they earn less than their counterparts at rival budget airlines.

Another big complaint of workers based in countries other than Ireland is the fact that Ryanair employs them under Irish legislation, arguing most of its employees work on board Irish planes and are therefore covered by Irish law.

But staff counter that this creates huge insecurity for them, blocking their access to state benefits in their country.

The affected passengers would reportedly be put on alternative flights or will receive refunds.