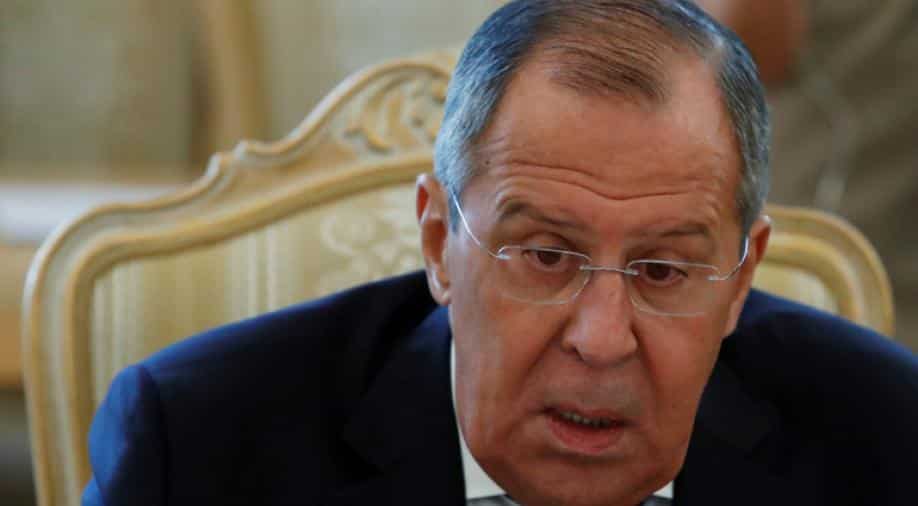 US&nbspsanctions against Russia are counter-productive but Moscow is ready for dialogue once the US side is ready for talks with mutual respect, Russian Foreign Minister Sergei Lavrov said on Saturday, TASS state news agency reported.

The new set of sanctions&nbspimposed on Russia following the nerve agent attack took effect on Monday.

"Not for the first time we highlight that the permanent buildup of sanctions pressure without any facts that would justify such sanctions is counter-productive and push relations into an impasse," Lavrov said.

"Once our partners are ready to talk on the basis of mutual respect and considering (mutual) interests, we are always ready for such dialogue," he said.

The Kremlin said it would review the sanctions in full before considering a possible response, but it would act in Russia's best interests.

Meanwhile, the Russian central bank will need to postpone a plan to cut rates due to new&nbspsanctions against Moscow seen taking toll on inflation and the rouble, a monthly Reuters poll of 20 analysts and economists showed on Friday.

Russia’s economic outlook deteriorated after the rouble hit more than two-year lows against the dollar in August following Washington’s move to apply fresh sanctions against Moscow and a warning that it could extend them in the future.

The central bank, in charge of inflation and financial stability, is now seen holding the key interest rate unchanged at 7.25 percent by the end of the first half of 2019, according to the poll. Some respondents did not rule out a rate increase.