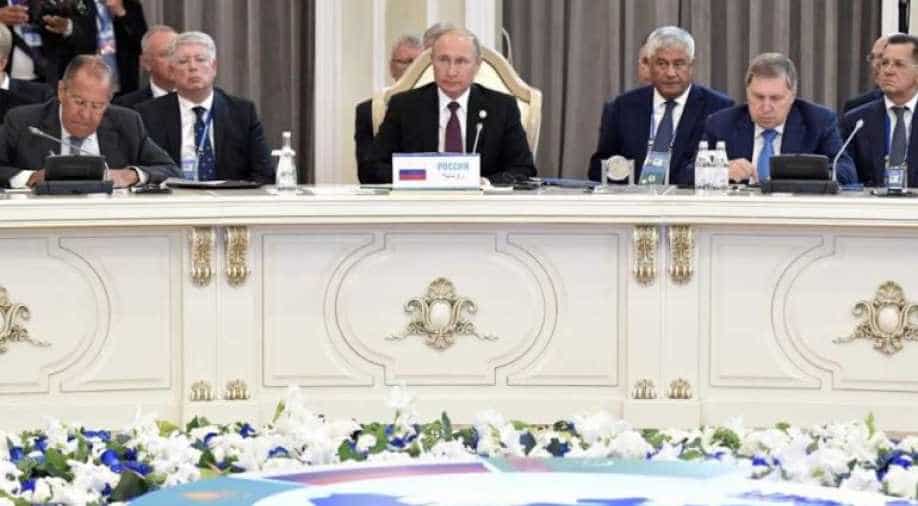 Caspian Sea's legal status has been under discussion for over two decades.

A deal was signed on Caspian Sea's legal status on Sunday between Russia, Iran, Azerbaijan, Kazakhstan, and Turkmenistan.

According to Reuters, the leaders of all five countries gathered in the Kazakh port city of Aktau to sign the document.

Caspian Sea's legal status has been under discussion for over two decades and it was only on Sunday when the leaders of the five countries, which border the sea, adopted a convention on its legal status.

The host, Kazakh President Nursultan Nazarbayev said before the signing that the leaders were "participants in a historic event," AFP reported.

"We can admit that consensus on the status of the sea was hard to reach and not immediate, the talks lasted more than 20 years and called for a lot of joint efforts from the parties," Nazarbayev said.

Russian leader Vladimir Putin, whose country was seen as driving the deal, said the convention had "epoch-making significance" and called for more military cooperation between the countries on the Caspian.

Reports suggested that while the water surface of the sea will be open for joint use, the access to Caspian's seafloor would primarily be subject to the international legal framework.

The deal is likely to reaffirm the exclusive right of Russia, Iran, Azerbaijan, Kazakhstan, and Turkmenistan to place their armed forces at the Caspian Sea.

Sunday's summit is the fifth of its kind since 2002 but there have been more than 50 lower-level meetings since the Soviet breakup spawned four new countries on the shores of the Caspian.

The deal will settle a long-lasting dispute on whether the Caspian is a sea or a lake -- which means it falls under different international laws.

What makes the deal so vital and complex is Caspian's vast hydrocarbon reserves -- estimated at around 50 billion barrels of oil and just under 300 trillion cubic feet (8.4 trillion cubic metres) of natural gas in proved and probable reserves.