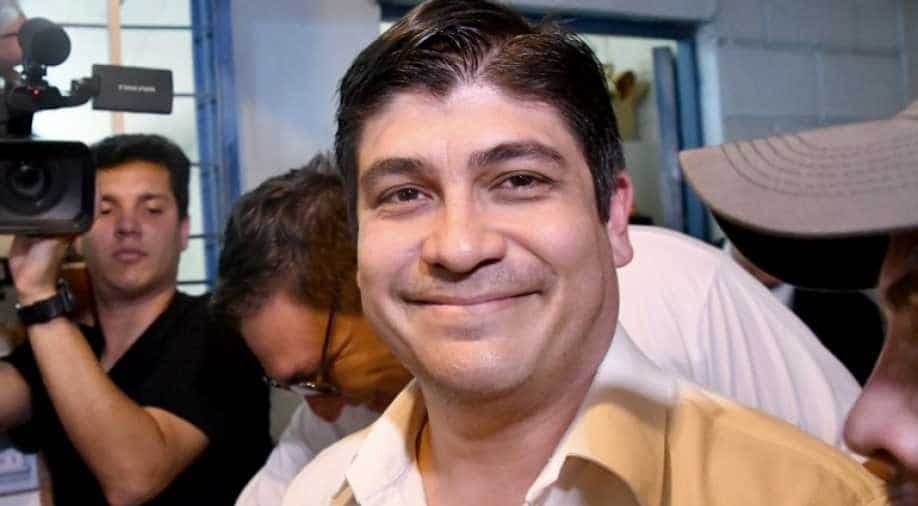 Carlos Alvarado, the candidate for Costa Rica's center-left ruling party, is to become his country's next president after an election run-off Sunday against an evangelical preacher, according a near-complete vote count by electoral authorities.

Alvarado, a 38-year-old former labor minister, won 60.66 percent of the ballots, against 39.33 percent for his ultra-conservative rival, Fabricio Alvarado (no relation), the Supreme Electoral Tribunal said, based on returns from more than 90 per cent of polling stations.