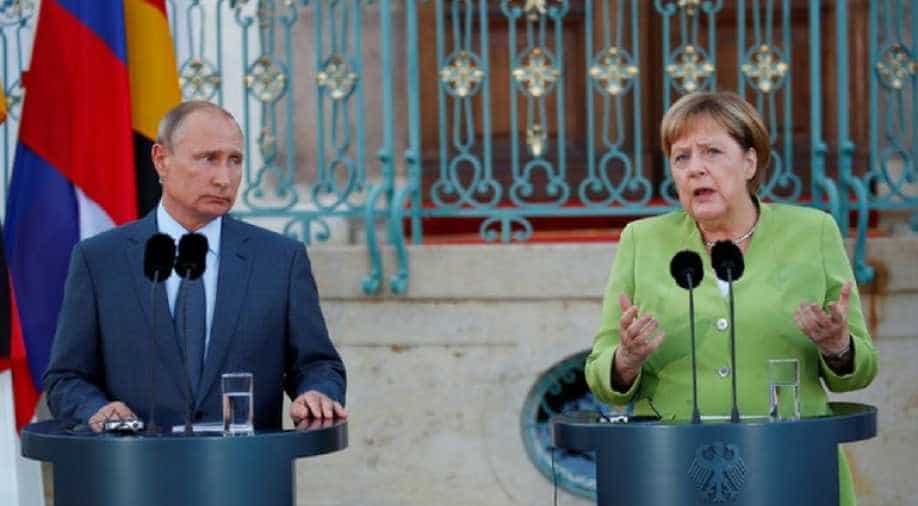 Russian President Vladimir Putin said on Saturday that everything must be done for Syrian refugees to return to their conflict-torn country.

Speaking ahead of talks with German Chancellor Angela Merkel outside Berlin, Putin said that Syria needed assistance to rebuild and to ensure that refugees who had fled the country could safely return to their homes.

German Chancellor Angela Merkel said she would discuss the conflicts in Ukraine and Syria, as well as Iran and the Nord Stream 2 gas pipeline project with Russian President Vladimir Putin during their meeting on Saturday.

"I am of the opinion that controversial issues can only be addressed in dialogue and through dialogue," she said. The two leaders took no questions.