Protests as Danish ban on face-covering garments enter into force 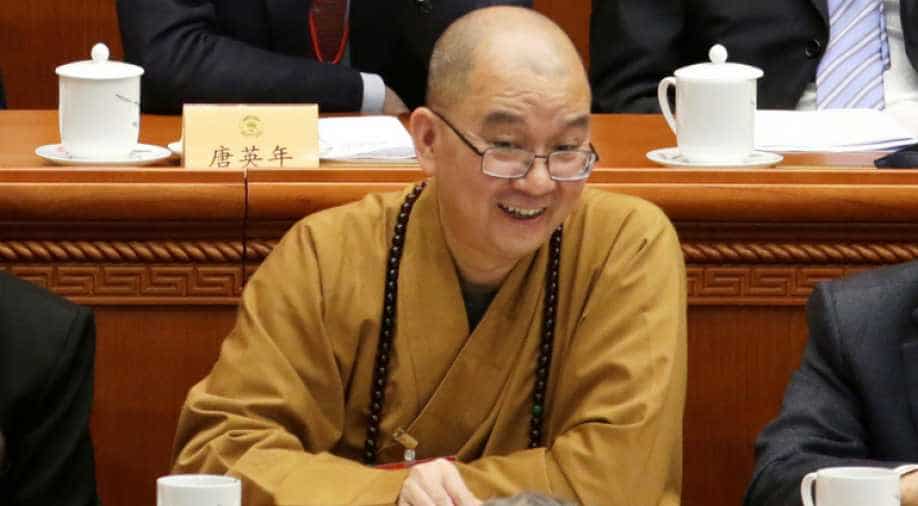 Demonstration on the first day of the implementation of the Danish face veil ban. Photograph:( Reuters )

Protesters took to the streets of Copenhagen as a ban on garments covering the face, including Islamic veils such as the niqab or burqa, came into effect on Wednesday.

Hundreds of people joined the demonstration, many covering their faces with imaginative masks to protest the law.

"I am very happy for the turnout, I am so glad that so many Danes are ready to stand with us in solidarity. So today I am very happy, in spite of this discriminating law that is been legislated," said Hanni Ali, a student wearing the niqab.

"I don't see any reason to do it. There is nothing good coming out of it. The hatred and the fear that people talk about is coming from ignorance and from not trying to understand and not understanding. And I think we should focus more on trying to understand different cultures than not allowing them to be a part of our society," said Benjamin Aizen, another student protester.

Danish lawmakers approved the law in May, which was presented by the centre-right governing coalition that is known for tightening asylum and immigration rules in recent years.

In 2016, Denmark also adopted a law requiring newly arrived asylum-seekers to hand over valuables such jewellery and gold to help pay for their stays in the country.

Martin Henriksen, a spokesman for the Danish People's Party, said that his party wanted to take a stand against "political Islam" and "fundamentalist groups" by banning the niqab.

"Well, we want to take a stand against political Islam. And we want to do this by banning the headscarf, the scarf where you have covered all of your faces, so you're not able to see the other person's face. We think that is a core value, in the Danish society, and also in other western societies, that you're able to see the person that you are talking to. And also we want to take a stance against the fundamentalist groups within the Danish society," said Henriksen.

Rasmus Nordkvist, a spokesman for the Danish The Alternative party, said that the law was the "totally wrong direction to go in", adding that it played into a kind of legal symbolism that was also apparent elsewhere in Europe.

"I mean, what we see with this law that is putting into place today, as I am speaking here, is actually that we are pushing people out of our society, instead of integrating and making our society able to absorb all kind of people. We are pushing them out. We're creating fear, through this legislation, which basically is an Islamophobic law that was voted through," said Nordkvist.

Other European countries have similar bans, claiming they are not aimed at any religion in particular, and don't ban headscarves, turbans or the traditional Jewish skull cap.

Popularly known as the "Burqa Ban," it is mostly seen as being directed at the niqab and burqa.

The law allows people to cover their face when there is a "recognisable purpose" like cold weather or complying with other legal requirements, such as using motorcycle helmets required under Danish traffic rules.

Repeat offences could trigger fines of up to 10,000 kroner (1,570 US dollars) or a jail sentence of up to six months.

Anyone forcing a person to wear garments covering the face by using force or threats can be fined or face up to two years in prison.