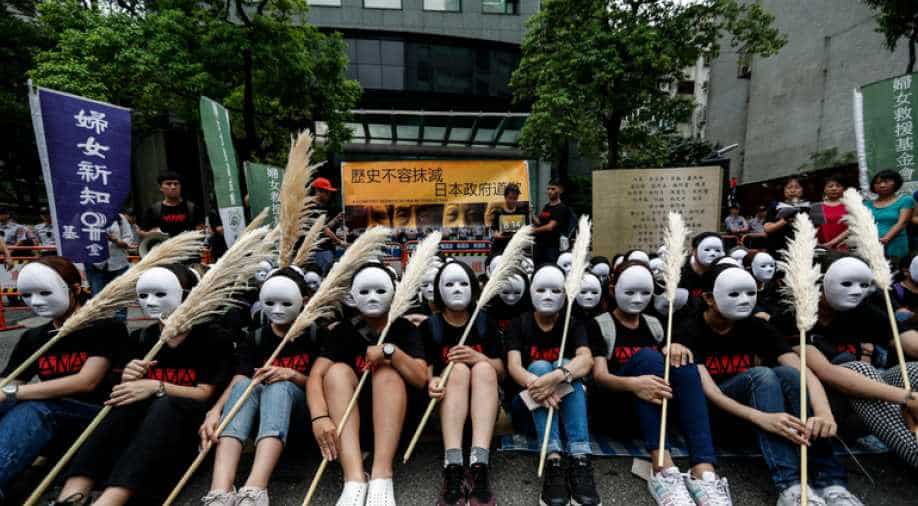 Almost 100 people gathered Tuesday in the Taiwanese capital to pressure the Japanese government to apologise for soldiers' treatment of "comfort women" in Asia during World War II.

The protest was held outside Japan's Interchange Association office Tokyo's de facto embassy to Taiwan - and organised by the Taipei Women's Rescue Foundation. About half of the demonstrators wore black T-shirts and white masks, an efe-epa journalist reports.

Some people held up a large yellow banner that read "History cannot be undone, Japanese government should apologise" and others held placards bearing the image of Japanese Prime Minister Shinzo Abe.

There were no reports of any reaction to the protest by officials from the Interchange Association office.

The event was held to mark the new International Memorial Day for the Comfort Women in Taiwan and South Korea, for which on Tuesday President Moon Jae-in paid his respects at a cemetery ceremony in Cheonan, south of Seoul.

The term "comfort women" refers to the sexual enslavement by Japanese troops of thousands of mostly-Asian women during World War II.

In a deal made between Tokyo and Seoul in 2015, Japan apologised to South Korea over the issue and paid millions of dollars meant to support surviving comfort women, most of whom are elderly.

However, the issue remains sensitive in East Asia and Moon has criticised the deal - agreed upon by his predecessor Park Geun-hye - as insufficient.