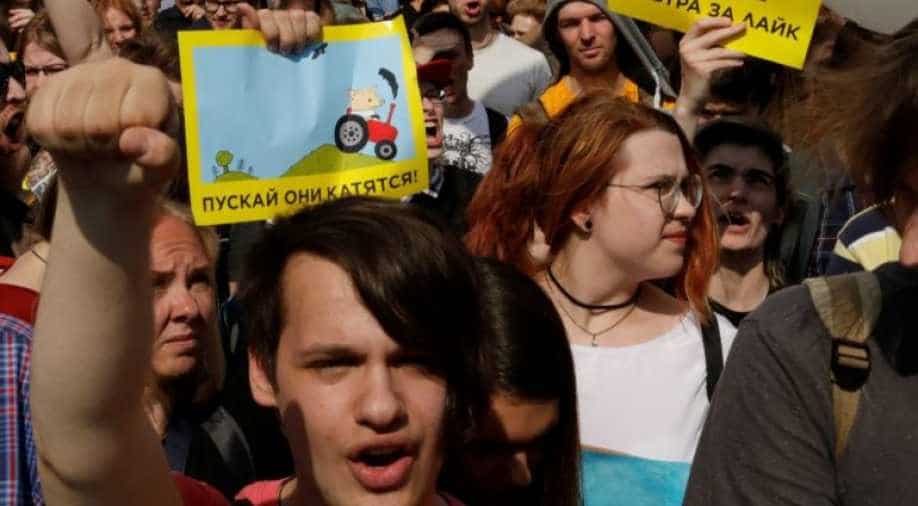 Hundreds of people rallied in Moscow on Sunday to demand the unblocking of the Telegram app, the second protest in the Russian capital since the authorities blocked the popular messaging service last month.

"The authorities want to take away our secret messages, our private lives," opposition politician Mikhail Kasyanov told demonstrators. "The internet is the main freedom that exists for all of us. We cannot let that happen."

Telegram was blocked on April 16 on orders from state communications watchdog Roskomnadzor, after refusing to grant Russian state security access to its users' encrypted messages.

"Down with Roskomnadzor!" protesters chanted.

Russia's Federal Security Service (FSB) has said it needs such access to guard against security threats such as terrorist attacks. But Telegram has said compliance with the order would constitute a violation of users' privacy.

In the process of blocking the app, Roskomnadzor also cut off access to a slew of other websites.

Some 20 people were detained at the rally, according to OVD-Info human rights monitor.

A similar protest in support of Telegram drew thousands of people to the streets of Moscow last month.

Telegram is widely used in countries across the former Soviet Union and Middle East. Telegram founder Pavel Durov, a pioneer of Russian social media, said last month that Russians account for about 7 percent of its users.

Some Telegram users have circumvented the block by using virtual private networks, which make it seem as though they were accessing the internet from another country.